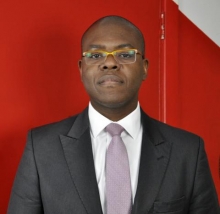 Center for  Latin American and Caribbean Studies is pleased to host Dr. Silvio Luiz de Almeida as the Mellon Visiting Professor for Spring 2020.

An interdisciplinary scholar of the law and race in Brazil and Latin America, Silvio is associate professor of law and philosophy, Mackenzie Presbyterian University, São Paulo, Brazil, and associate professor at the Getulio Vargas Foundation School of Business Administration, also in São Paulo, where he teaches corporate ethics and anti-discrimination compliance. Holder of a PhD from the University of São Paulo School of Law, Silvio is director of Mackenzie Law School’s Inclusion and Diversity Project, which prepares black students for careers in Brazil’s major law firms. He has also directed Mackenzie’s collaborative research initiatives on “State and Law in Brazilian Social Thought” and “State, Law, and Racism.” Silvio is founder and president of the Luiz Gama Institute, which provides legal advice and citizenship training to vulnerable populations in Brazil. He has lectured extensively in Brazil and internationally on ethics, corporate challenges in times of crisis, and the fight against racism. He is the author of Structural Racism (São Paulo, 2018), Sartre: Law and Politics (São Paulo, 2016), and many other publications.

LATAMER 390—Black Lives Matter, Brazil-USA, T-Th 11:45-1, Soc-Psych 129. This interdisciplinary course examines the historical evolution and contemporary developments of the law, structural racism, and police violence in the U.S. and Brazil, the two countries with the largest African-descended populations.  It focuses on the history and ongoing fight of African-descended peoples to protect and enlarge their rights while defending their lives from the ravages of racism. It offers a close reading of representative texts and films by Black activists, both in the past and the present, and pays close attention to contemporary protest movements like “Black Lives Matter” in the US and the Brazilian drive to end the genocide of black and poor youth in a country where thousands are killed each year with impunity by the police.

LATAMER 590S—Race and the Law in Latin America. Tu 3:05-5:25 pm, Classroom Bldg. 125. This interdisciplinary course explores how the socio-economic, cultural, and juridical foundations, institutions, and politics of the western hemisphere were shaped by the legacy of slavery. It covers the origin of the political and juridical systems of selected Latin American countries, including Haiti, Cuba, and Brazil, with a focus on how race set the limits of and impeded the exercise of popular citizenship. Adopting an Afro-diasporic perspective, it will illuminate the racial situation in the United States by helping students to think about the US in comparative perspective with neighboring Latin American and Caribbean countries.