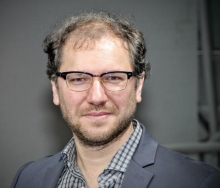 Center for  Latin American and Caribbean Studies is pleased to host Dr. Sebastian Carassai as the Mellon Visiting Professor for Fall 2022.

Dr. Carassai is a Professor of History at the Universidad de Buenos Aires and an Associate Researcher at the National Scientific and Technical Research Council (CONICET). He is also the author of The Argentine Silent Majority: Middle Classes, Politics, Violence, and Memory in the Seventies (Duke University Press, 2014), Carassai specializes in cultural and microhistorical analyses of politics and political violence.

Carassai’s faculty sponsor at Duke is Ariel Dorfman, Walter Hines Page Research Professor Emeritus of Literature and author of many landmark novels, plays, and social commentaries. "Sebastián Carassai,” Dorfman wrote in his letter of sponsorship, “has made important contributions, not only in his specific field of expertise (Argentina’s recent social and cultural history), but also regarding innovative ways of probing the past.” Dorfman cited Carassai’s approach to oral history as especially inventive. While researching The Argentine Silent Majority, the historian not only asked questions of his interviewees, but also showed them photographs and videos from the 1970s and had them listen to music and radio broadcasts from the era. “This methodology,” Dorfman explained, “helped him to access memories that would not otherwise have come up, registering stories and remembrances that are closer to what Proust called ‘involuntary’ memory, rather than the ‘voluntary’…memory that we tend to extract from more traditional approaches to oral history.”

Dorfman said the historian’s current research project, Eclipsed Histories: The Sixties and Seventies in Argentina from a Microhistorical Perspective, “promises to reveal hidden aspects and corners of earlier times.”

In the 20th century, Argentina was a country polarized around antagonistic options, a reality that undermined institutional stability and possibilities for sustained development. As late as the 1960s, however, this instability failed to temper the optimism of Argentines. That optimism began to crack during the 1970s. Political violence acquired an unprecedented intensity in the first half of the 1970s. In the second half, brutality exercised from governmental spheres ended up assuming the form of state policy during a period that has come to be known as Argentina’s Dirty War. In this course, we will analyze the period from the mid-sixties to the end of the last military dictatorship (1983) by studying five narrative genres: literature, film, journalistic stories, song lyrics, and academic essays.

Founded in Europe but widely adapted elsewhere, microhistory addresses sweeping issues through the thorough analysis of a single event or a few individuals, often seemingly insignificant. Microhistory scholars carry out research that reduces the observational scale and diverges from structural-functionalist explanations. The history of microhistory in Europe is well known. Lesser known is microhistory outside Europe. Also less familiar are debates that revolve around microhistory and its linkages with other perspectives and disciplines. While this course’s materials draw from a global collection of microhistory practitioners, the class pays particular attention to microhistory and other microanalytical approaches, especially from anthropology, in Latin America.