Diplomats in Residence (DIRs) are career Foreign Service Officers who are located throughout the United States and are responsible for providing guidance and advice to students, professionals and the community about careers in the US Department of State. Each year only 16 Foreign Service Officers, covering 16 geographic regions within the US, have the pleasure and honor to serve in domestic assignments as Diplomats in Residence. They promote careers and fellowship opportunities to prospective individuals throughout their region in order to create a pipeline of diverse competitive applicants for the Department of State. They also represent the Department of State at programs and events sponsored by foreign affairs groups, academic institutions and professional organizations.

Since the mid-1990s, Duke University has had the privilege of hosting the Diplomat in Residence for the Mid-Atlantic Region, widely known as one of the most active regions in our nation thanks to its wealth of great colleges and universities that share the US Department of State’s global perspective.

The current DIR for the Mid-Atlantic Region can be contacted at: DIRMidAtlantic@state.gov.

Watch a Department of State information session with Mr. George Sibley, Duke's past Diplomat in Residence.  The video is available to those with a Duke University account. 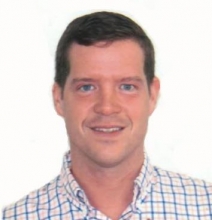 Andy Sisk is a career member of the Senior Foreign Service Officer with over twenty-two years of experience in a wide variety of areas with the U.S. Department of State. Currently the Diplomat-in-Residence based at Duke University and the University of North Carolina-Chapel Hill, Andy is responsible for recruiting the best and brightest candidates from diverse backgrounds within North Carolina, South Carolina and Virginia for U.S. Department of State career and student program opportunities.

Andy began his career with the U.S. Department of State as a Presidential Management Fellow working as a Management Analyst in the Bureau of Consular Affairs before serving as a Special Assistant to the Under Secretary for Management. Prior to joining the State Department in 1999, Andy completed a White House Internship in the Vice President’s Office and worked one summer at The (Lexington) Dispatch in his home state of North Carolina.

Andy received his B.A. in Politics from Wake Forest University and a Master’s in Public Administration from The George Washington University. 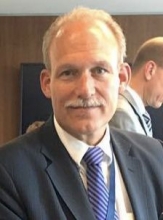 George Sibley is a career member of the Senior Foreign Service currently serving as the Diplomat in Residence (DIR) for the mid-Atlantic region (North Carolina, South Carolina, and most of Virginia).  As DIR, he helps identify and guide a diverse cross-section of Americans who want to represent our country by pursuing career opportunities with the U.S. Department of State.

Mr. Sibley returned to the United States in September 2020 from his most recent overseas assignment where for three years he served as Deputy Chief of Mission at the U.S. Embassy in Rangoon.  In that role he led as the executive officer in running an embassy with ten U.S. agencies comprising over 100 American officers and 300 local staff.  In the absence of the Ambassador, he stood in as Chargé d’Affaires.

Mr. Sibley joined the Foreign Service in 1988 and is a political-coned officer.  Before arriving in Rangoon, Mr. Sibley served at the U.S. Embassy in New Delhi as the Minister Counselor for Economic, Environment, Science and Technology Affairs.  Prior to that he directed the Office of Environmental Quality and Transboundary Issues at the U.S. Department of State.  Mr. Sibley has also served in Kirkuk as the Senior Advisor for Northern Iraq, in Mosul as the Team Leader of Provincial Reconstruction Team Ninewa, in Antananarivo as Deputy Chief of Mission to Madagascar and the Comoros, and as Consul General in Kolkata, India.

Mr. Sibley received a B.A. in biology and religious philosophy from Oberlin College in 1977.  In 2002 he earned a Master of Public Policy, in the field of international relations, following a year as a John L. Weinberg Fellow at Princeton University.  Prior to joining the Foreign Service, he served 11 years in the merchant marine, obtaining a Limited Master/Unlimited Chief Mate’s license.  In that prior career he sailed on the voyage that laid the first submarine fiber optic cable in human history. 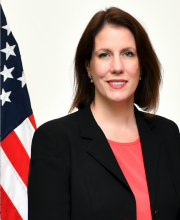 Kathryn Crockart is a career member of the Senior Foreign Service who served as the Diplomat in Residence for the mid-Atlantic region (North Carolina, South Carolina, and most of Virginia) from 2018 to 2020. In this role, she helped open access to career opportunities with the US  Department of State for a diverse cross-section of Americans interested in serving and representing our country.

Mrs. Crockart returned to the United States in August 2018 from her most recent overseas assignment at the US Embassy in Islamabad, Pakistan (2017-2018), where she served as the Minister Counselor for Public Affairs. She led all American public diplomacy efforts in Pakistan through robust outreach and media engagement conducted by the Embassy and our three Consulates. While in Islamabad, Mrs. Crockart also chaired the board at the US Educational Foundation in Pakistan, which administers large-scale exchange programs, including the largest US government-funded Fulbright scholarship program in the world.

Mrs. Crockart is a Public Diplomacy-coned Foreign Service Officer. Her other assignments include the US Embassy in London (2014-2017), where she was the Spokesperson and Director of the Press Office. She served as Principal Officer at the US Consulate in Medan, Indonesia (2011-2014), leading all American diplomatic efforts on the island of Sumatra. She has also served in Kuala Lumpur, Malaysia; Belize City, Belize; and both Frankfurt and Munich, Germany. The State Department has recognized Mrs. Crockart with its individual Superior and Meritorious Honor Awards four times each. Prior to joining the State Department in 1999, she worked at The (Durham) Herald-Sun in her home state of North Carolina.

Mrs. Crockart received her BA with honors from the University of North Carolina at Chapel Hill. She speaks German, Indonesian, and Malay, and has studied French.