The Crisis in Space: The Future of Space Diplomacy 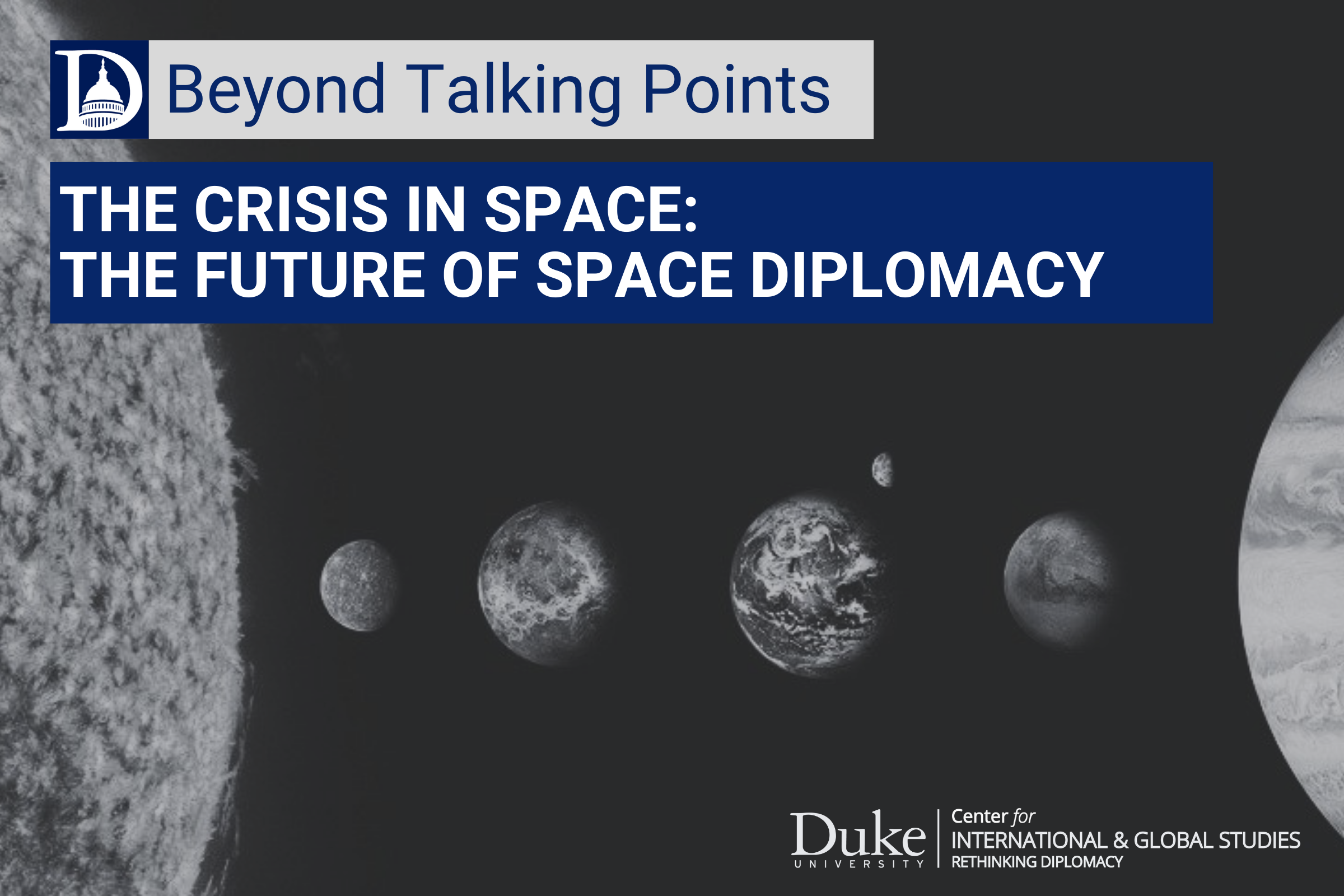 Diplomacy is no longer confined to earthbound matters. Though space diplomacy is not new, the recent proliferation of countries and companies with access to low earth orbit (and beyond) has heightened the need for diplomacy that covers international programs and interactions beyond our atmosphere. Extraterrestrial issues that once encompassed an acute set of national security interests now extend to a multidisciplinary set of geopolitical and geoeconomics issues, all of which must be informed by sound science and technology analysis. Space diplomacy should consider, among many issues, the involvement of multiple nation state and private sector actors, burgeoning space infrastructure and satellite internet service providers, launch and space junk risk scenarios, and deep space regulatory issues. How can the U.S. government learn from terrestrial treaties to chart a path forward in space diplomacy?

Join us on June 24th at 10am ET for this briefing and conversation about space diplomacy with Ambassador W. Robert Pearson and astrophysicist, Dr. Benjamin L. Schmitt, co-authors of the article “The Crisis in Space” in Foreign Policy.

This event is co-sponsored by Duke in DC and the Duke University Center for International and Global Studies (DUCIGS)/Rethinking Diplomacy Program.