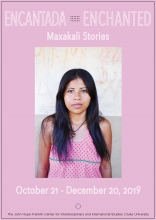 In the oral tradition of the Maxakali people, an impoverished indigenous group located in the State of Minas Gerais in Brazil, women have a special space. This exhibit shares the work of a group of Maxacali youth that along with filmmaker, designer, and researcher Charles Bicalho developed a script based on research on this indigenous oral tradition. The illustrations for the film, which some are present here, were made in a series of workshops at Aldeia Verde (Green Village), at the hearth of Maxakali territory (there are less than fifteen-hundred speakers of the language) in the municipality of Ladainha, in Minas Gerais. The story is told from the perspective of Mãtãnãg (in the voice of Shawara Maxakali, co-director of the film), an enchanted woman that was able to return from the dead to tell the stories of the forces that govern the supernatural world. The animation of the film was directed by Jackson Abacatu, a young artist, filmmaker and musician, formed in animation and sculpture at the Fine Arts department of Universidade Federal de Minas Gerais. Charles Bicalho is a filmmaker, designer, media producer, and researcher working within indigenous Brazilian communities. His work has been directed to recover stories of the Maxakali communities in Brazil. In the fashion of participatory research-action and visual anthropology the work of Bicalho offers a direct inside on the life of communities at the edge of cultural annihilation. 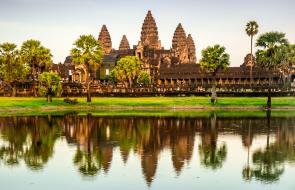