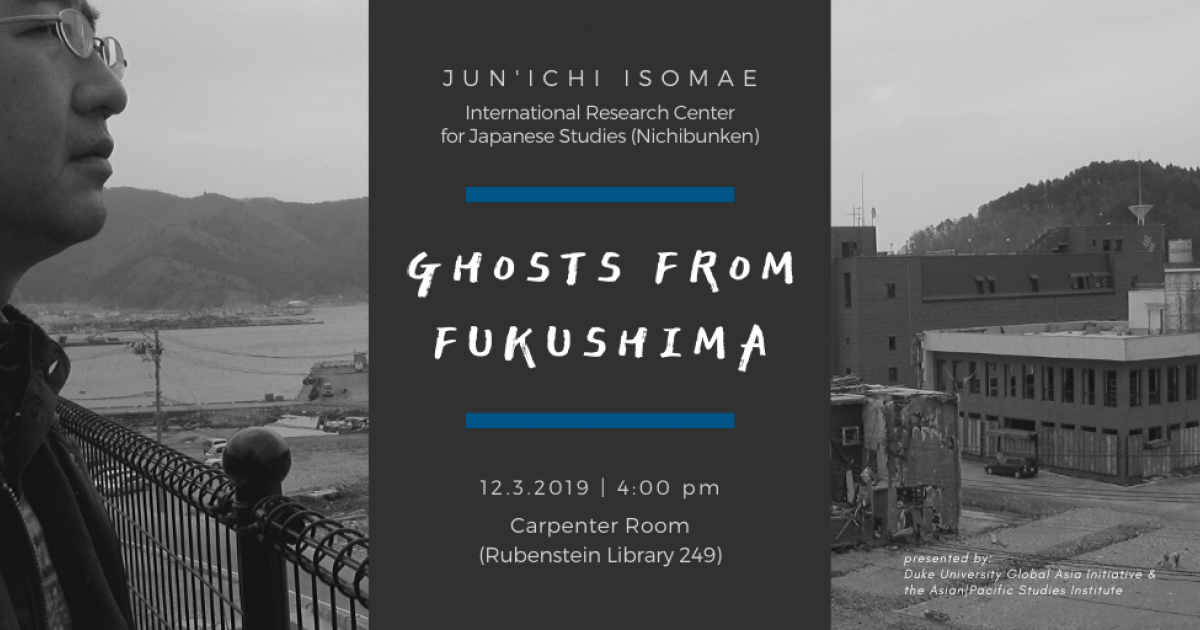 In 2016, the miraculous film Grüsse aus Fukushima was released in Germany and appeared at various international film festivals. It expresses the essence of anxiety and hope seen in ordinary people's everyday lives around Fukushima Nuclear Plant no. 1 through the dramatic story of conflict and sympathy between an old Geisha woman and a young German girl. We will analyze how they reflect on Fukushima and face their ghosts, bringing the nuclear disaster back into public discussion.

About the speaker: Jun'ichi Isomae is a Professor of Religious Studies at the International Research Center for Japanese Studies (Nichibunken). He received his Ph.D in religious studies from Tokyo University. Previously, he has been a visiting professor and research fellow at Tübingen University, the University of Zurich, Ruhr University Bochum, SOAS, and Harvard University.