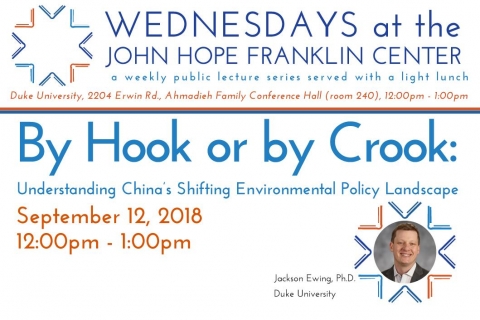 In March 2018, China announced its most significant environmental governance reforms of this decade. Coming on the heels of President Xi Jinping securing the possibility of long-term presidential powers, the State Council presented draft plans to consolidate environmental policymaking in the newly formed Ministry of Ecology and Environment. The effectiveness of this new ministry will inform not only China's environmental future, but also its stability, its socioeconomic ambitions, and global efforts to address environmental challenges. China's environmental policy landscape has long been plagued by overlapping agendas and disproportionate power dynamics, which its new environmental regime seeks to address. The new ministry will become the most powerful dedicated environmental regulatory body in the history of modern China. It will deploy enforcement staff across the country, and be the instrument for applying China's centralized environmental statutes. But coordination and enforcement challenges will not disappear with China's ministerial consolidation, and a range of questions remain on its future effectiveness and the degree to which China will continue to expand its environmental priorities. The global stakes for success are high. China's domestic policies have an outsized ability to influence global climate change, foment or curtail transboundary pollution, and send ripples through resource management strategies the world over from its consumption patterns.