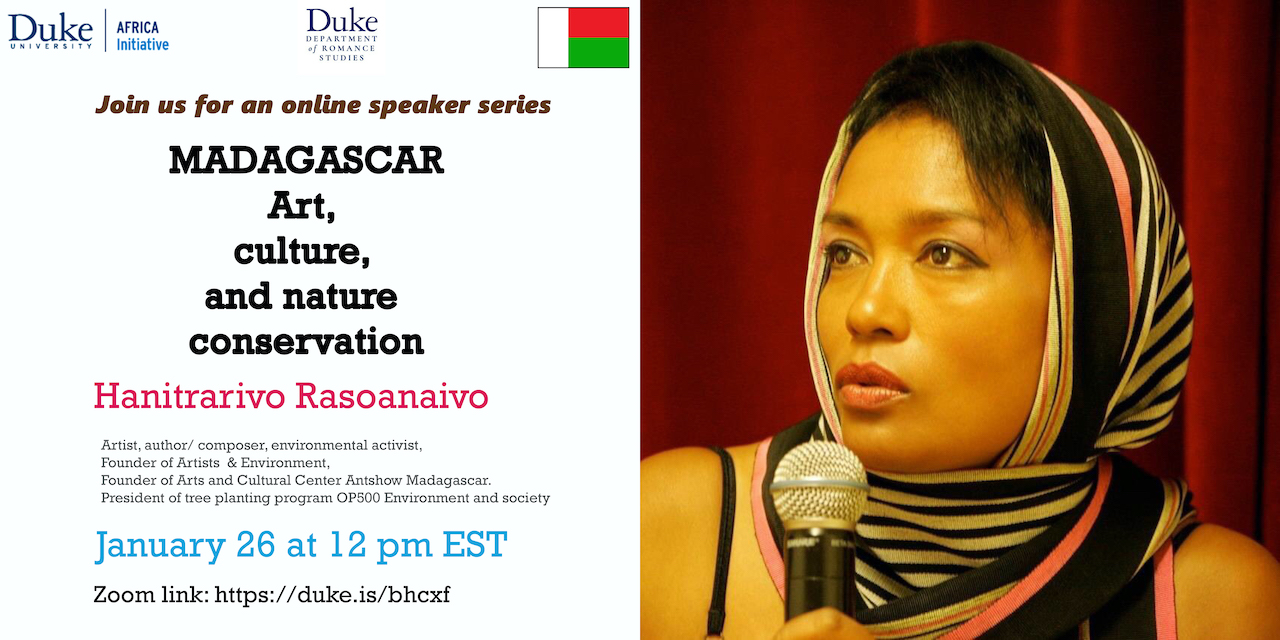 Hanitrarivo Rasoanaivo is a professional artist and an environmental activist. Born and raised in Madagascar, she has a passion for music, arts, and nature. She hold a Master degree in English literature from Paris I: Pantheon-Sorbonne and later studied traditional music from Asia and Africa at the SOAS University of London. Since 1989, she has led the band Tarika Be, which Time Magazine named one of the 10 best bands in the world in 2001. In 2014, her music was featured in several movies and documentaries, including the “Island of Lemurs: Madagascar” on Imax production and BBC. In 2002 she founded the first Malagasy Arts and Cultural Center “Antshow Madagascar”, where she continues to promote the arts, culture and biodiversity from Madagascar to the world!