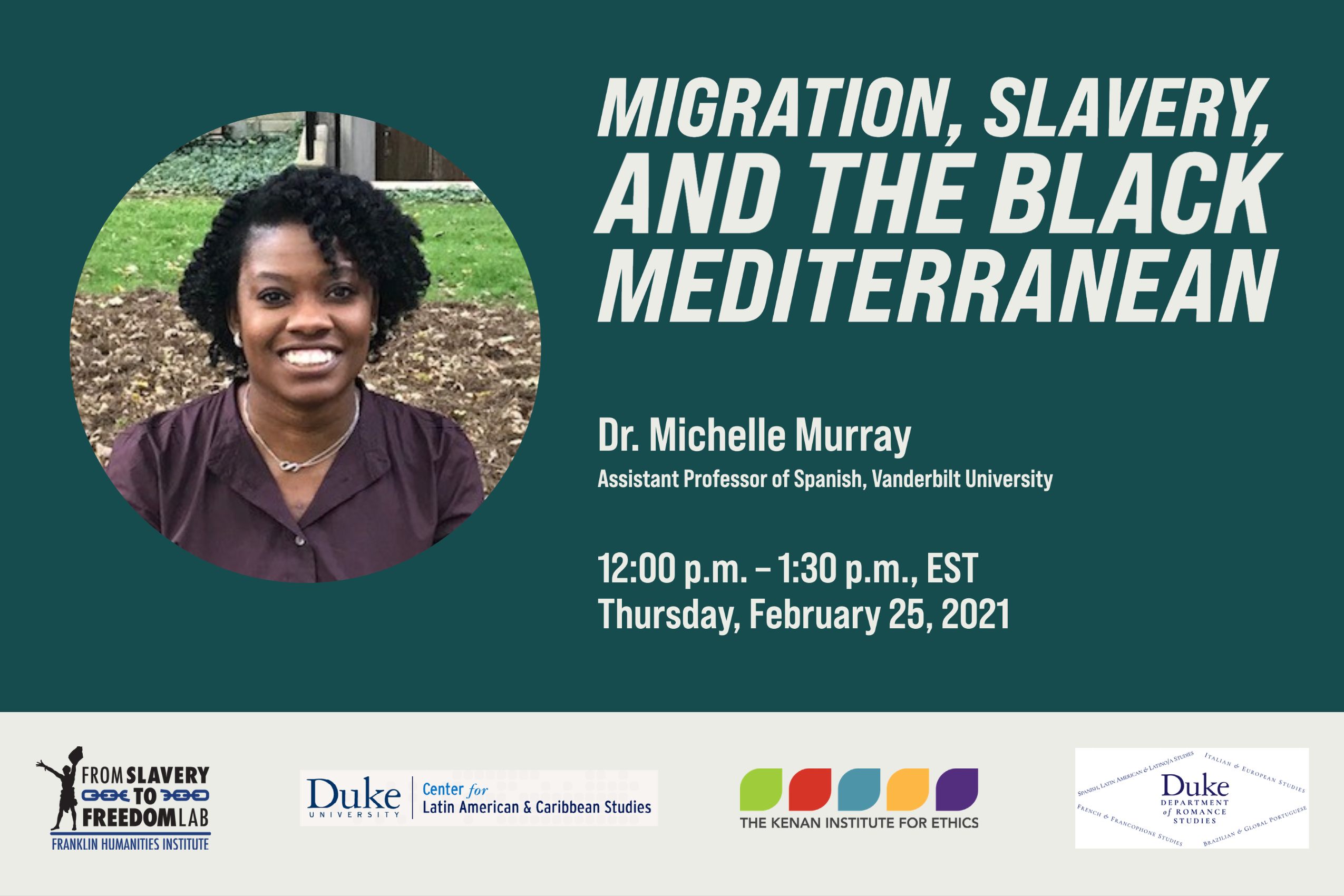 This talk theorizes the Black Mediterranean through two examples. The first is the underwater sculpture "The Raft of Lampedusa" by British artist Jason deCaires located in Lanzarote. Combining critiques of ocean pollution and migrant deaths, Murray contends that the groundbreaking (or sea-breaking) artwork manifests an unprecedented engagement with ecological and racial justice. The second example is the Barcelona statue of the wealthy impresario Antonio López y López located in the plaza of the same name; this monument was removed on March 4, 2018 as the Barcelona city council stated it could no longer pay homage to someone who benefited from the slavery of others. Both examples build and enhance the work of Paul Gilroy and his theory of the "Black Atlantic" as an important space of Black cultural production. However, they also call into question the so-called "tyranny of the Atlantic" (Allen), to make space for a new approach to that rich legacy- one that is far less bound specific geographies and national traditions.

Dr. Michelle Murray is Assistant Professor of Spanish at Vanderbilt University. Her research and teaching focus on contemporary Spanish literature and film. She is currently working on a manuscript entitled "Migrant Markets." This book explores migration, political economy, and trafficking in the Southern Mediterranean.