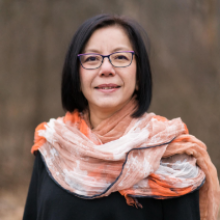 The defining tunes of the Chinese diaspora in the nineteenth century and the early twentieth were those of the Cantonese opera. This history has been invisible due to the scarcity of Chinese materials in archives. Its sonic imageries were also imprisoned by the mounting derision in historical English newspapers and travelogues. What were the patterns of networks and migrations that made Chinese opera a part of North American cultures? How did border crossing, listening practices, and visual emblems constitute their sounding identity? This talk offers readings against the grain to consider the ways that archives structure and frame not only our understanding of the past but how we enter into the present and future.

Bio: Nancy Yunhwa Rao has produced award-winning research on a range of topics, including gender and music, sketch studies, music modernism, cultural fusion in music, racial representations, and the music history of early Chinese Americans. Her publications have provided innovative analytical approaches to cross-cultural music, and enhanced public discussions about cultural encounter in music. Through her scholarship, as well as teaching, she has promoted diversity and advanced knowledge and dialogue about the complexity of diversity issues in music scholarship.

Rao's book, "Chinatown Opera Theater in North America" (Illinois University Press, 2017), tells the story of iconic theater companies and the networks and migrations that made Chinese opera a part of North American cultures. She unmasks a backstage world of performers, performance, and repertoire and sets readers in the spellbound audiences beyond the footlights. It received Music in American Culture Award, American Musicological Society; Lowens Book Award, Society for American Music; and Book Award in Performance and Media, Associations for Asian American Studies.

As a music theorist, Rao has explored intersections between China and the West, particularly global perspectives in contemporary Chinese music. She has published on the use of music gestures, vocal style, and percussion patterns of Beijing opera in contemporary music. Her study on Ruth Crawford won the award of best article in American music published in 2007 from the Society for American Music. She has continued in the direction of sketch studies, for which her publication can be found in Music Theory Spectrum, as well as Carter Studies Online.

This lecture is free and open to the public.