POSTPONED - Age of Internationalisms: Japan and the Making of the 20th Century 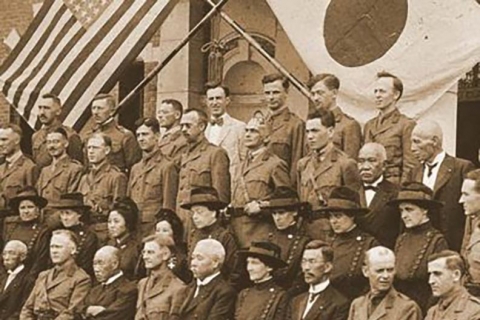 ***3/10/20: Duke-sponsored events will be canceled, postponed or virtualized through April 20. For all current information, visit: https://coronavirus.duke.edu***

**This event will be rescheduled**

From noble experiment to tragic failure, assessments of the internationalist fervor following World War I have fluctuated dramatically over the years, with references to Japan typically accentuating ruin. Imperial Japan, after all, led a dramatic new turn to war in the 1930s. Tales of a marginalized early twentieth-century Japan support both the comforting vision of an essentially Anglo-American-centric world and the activist lament over the basic injustice of that world. Viewed from the prism of Japanese contemporaries, however, World War I and its aftermath were less cause for complaint than applause. Active Japanese support for the Allied cause grounded a vital Japanese contribution to a new liberal internationalist order after 1918 that reveals both the surprising polycentrism of a supposed "American Century" and the durability of a new age of internationalisms.

About the speaker: Frederick R. Dickinson is Professor of Japanese History, Director of the Center for East Asian Studies, and Co-Director of the Lauder Institute of Management and International Studies. Born in Tokyo and raised in Kanazawa and Kyoto, Japan, he teaches courses on modern Japan, on empire, politics and nationalism in East Asia and the Pacific, and on World History.