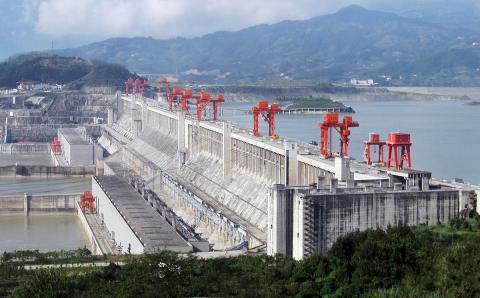 Water management in historical and contemporary trans-regional perspective is an important theme of the Global Asia Initiative (GAI). The immensity of the issue can be seen in the circum-Himalayan region which is the source of ten major rivers of Asia originating in the Tibetan Plateau. Today, glacial melting, river diversions and dam building are endangering the sources of livelihoods of perhaps hundreds of millions. How have the state and communities dealt with volatility of flows in historical times, and given the much extended scale of interventions and effects today, how are the problems being handled?[1]

On Dec 4, 2017 APSI and GAI will hold a workshop on the problem of scale and how it enters decision making in the construction of dams in China and among Japanese dam builders in Korea during the Cold War. Over the last several decades, in many parts of the world, mammoth dams are coming to be regarded as not worth the costs to people, livelihoods and environment. In Asia, however, such concerns have not succeeded in swaying the decision-making process yet. In this workshop, Drs. Tilt and Moore explore the trade-offs and power relations of different constituencies considered by decision-makers at various scales, from the local, the river basin, the national and the transnational.

[1] On Feb 16, 2018 GAI will hold a one-day workshop on historical approaches to river control on four major rivers across Asia, details of which will be announced early in Jan 2018.

Bryan Tilt is professor of anthropology at Oregon State University. His research focuses on economic development and environmental protection in China, and he has conducted ethnographic fieldwork in Sichuan and Yunnan provinces.

Aaron S. Moore is Associate Professor of History in the School of Historical, Philosophical, and Religious Studies at Arizona State University. He is the author of Constructing East Asia: Technology, Ideology, and Empire in Japan’s Wartime Era, 1931-1945 (Stanford University Press, 2013). His current project, Damming Asia: The Cold War and Japanese Post-Colonial Overseas Development, examines the history of Japan’s overseas development system in East and Southeast Asia from its origins in Japan's colonial rule over much of Asia before 1945 to its rise into the world's leading aid donor by the Cold War's end in 1989.