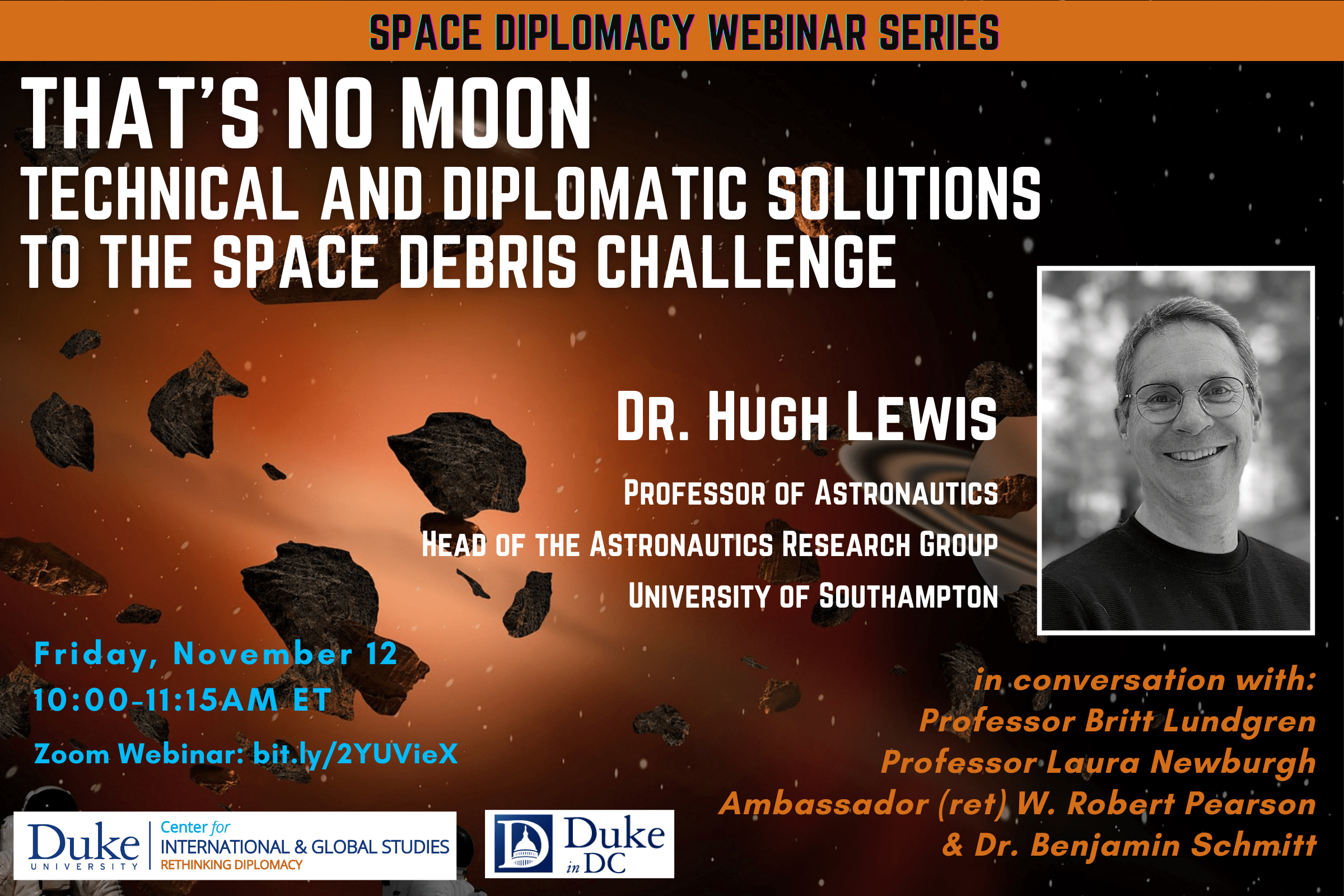 A new era of human space activities is unfolding every day before our eyes.  An increasing number of nation-states and private sector actors are now capable of deploying a wide array of space technologies to low Earth orbit and beyond.  While these developments are opening a host of new opportunities for economic expansion and international strategic cooperation, they also pose a myriad of emerging security and regulatory challenges that will require careful anticipatory diplomacy for risk mitigation.  An urgent area that requires sound technical and diplomatic solutions lies in the development of strategies to reduce the proliferation of an ever-increasing constellation of space debris, often referred to as "space junk," from growing at an exponential rate with potentially irreversible effects.  Imagine a future in which space missions are increasingly vulnerable to catastrophic collisions with space debris ranging in scale from flecks of paint, nuts, and bolts, to spent rocket components, so frequent that the burgeoning space future of humanity is grounded before it truly begins.

- What is space debris, how did the phenomena begin, what dangers does it pose, and what unique national security challenges does it present?

- What are the scientific parallels that exist between space debris and climate change, and can joint mitigation policies be developed by connecting 'Earth system' and 'Space system' analytic frameworks?

- How can the international community develop technologies and norms to mitigate and reverse the expansion of space debris in low Earth orbit?

- How can legislative policymakers and diplomats help to increase the rigor of international regimes for spacecraft licensing and registration that mandate space debris mitigation in future mission planning?

- What role can scientists play to bridge the gap between technical and diplomatic solutions?

About the speaker:
Dr. Hugh Lewis is a Professor of Astronautics and the Head of the Astronautics Research Group at the University of Southampton. He has worked in the fields of space debris and space sustainability for more than 20 years and is the author of the DAMAGE space debris model. Hugh represents the UK Space Agency at meetings of the Inter-Agency Space Debris Coordination Committee (IADC) where he chairs Working Group 2 (which is focused on space debris modelling). Hugh has also represented the UK Space Agency at Scientific and Technical Sub-Committee meetings of the United Nations Committee on the Peaceful Uses of Outer Space (COPUOS) as an expert on space debris, space operations and space situational awareness. In addition, he was a UK Space Agency delegate to the Space Mission Planning Advisory Group, which was set-up by the UN COPUOS to develop plans for spacecraft to monitor and mitigate the threat that asteroids and comets pose to the Earth. He provides expert opinion to space industry and academic committees, and commentary to journalists worldwide. Hugh has appeared on the BBC's Horizon television programme and in a special feature accompanying the DVD and Blu-Ray release of the movie "Gravity".

This event is the second installment of the Space Diplomacy Webinar Series organized by the DUCIGS/Rethinking Diplomacy Program with a grant from the Josiah Charles Trent Memorial Foundation Endowment Fund. This webinar is co-sponsored by Duke in DC and the Duke Space Initiative.