What Diplomacy Can Do For You: Rethinking Diplomacy for Tomorrow 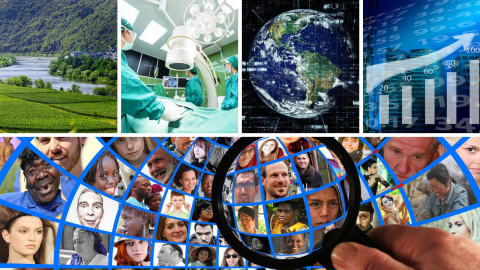 The world today will challenge us with issues more global, more complicated and more consequential than perhaps at any previous point in human history. Goals to achieve broad human progress, as set forth in the UN's Sustainable Development Goals, require not only a new look at the specific threats but a new look at diplomacy's capacity to deal with them. How could we think anew about the practice and tools of diplomacy to be more creative and more effective in addressing these problems? How can progress be aided by a combination of science and diplomacy to manage the tension between national interest and global benefits? Ambassador W. Robert Pearson will analyze the possibilities and provide suggestions.

Ambassador W. Robert Pearson is a retired diplomat who served as U.S. ambassador to Turkey from 2000 to 2003. He was director general of the U.S. Foreign Service from 2003 to 2006, repositioning the American Foreign Service to meet the new challenges of the 21st century. He served from 2008 to 2014 as president of IREX, an international development NGO based in Washington, spearheading its expansion to reach more than 125 countries worldwide. He is currently the President of American Diplomacy Publishers, and a DUCIGS/Rethinking Diplomacy Fellow.

Ambassador Pearson has appeared on BBC, CNBC, NPR, Al-Jazeera, I24 TV, TNT Global and other networks. He is a frequent speaker on issues concerning Turkey, international development and the role of diplomacy in American engagement.

Director of the Rethinking Diplomacy Program, Dr. Giovanni Zanalda, will introduce the Program and the opportunities for participating in its future events and activities.

Light refreshments will be provided. Parking is available at the Bryan Center Parking Garage.

This talk is the first in the Rethinking Diplomacy Program organized by DUCIGS with support from the Josiah Charles Trent Memorial Foundation. Additional support for this event is provided by the Duke University Program in American Grand Strategy.