‘Discover Yourself’ While at Duke

A rising sophomore from India reflects on his first year at Duke University and offers advice to the incoming freshman class.

This article originally appeared on the Duke Global Blog. 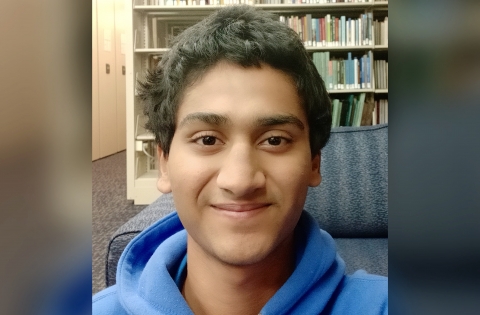 From early on in his life, Angikar Ghosal prided himself on soaking up knowledge. Long before he was an undergraduate student, he wanted to learn from every experience, however he could. But if there’s one thing that he did more than anything, it was reading.

“I read a lot. I read like mad. I read anything,” Ghosal says.

Ghosal grew up in a very competitive environment in Kolkata, India, and the high school he attended prepared him for his future academic career. He wanted to stand out, but being high school valedictorian was not enough. He wanted to break away from his peers’ typical higher education path.

“In my class, apart from me, no one went to the United States for an education,” Ghosal says.

Although friends describe Ghosal as a “walking encyclopedia” and say he has a great memory, he came to Duke hoping to be known for more than his intelligence.

His first semester at Duke was a bit of an awakening. He was able to devote his time to academics and social time. New classes, new people and new experiences brought Ghosal to realize something that he had once read, written by the Greek philosopher Socrates.

“The biggest thing the university does to you is it makes you humble,” Ghosal says. “You shed your ego and pride and realize you know nothing.”

His interactions with professors, classmates and friends also led Ghosal to quickly notice something else.

“If there’s one thing that Duke teaches more than anything else, it’s tolerance,” Ghosal says. “You learn to respect and love every individual.”

With all the opportunities at Duke, along with all of the topics that interest Ghosal, it’s no surprise he’s taking his time selecting a major.

“There are simply so many things around here, so many ways to fill your plate of time,” he says.

One year in and another on the horizon, Ghosal reflects on the Duke experience and offers advice for incoming freshmen.

“Discover yourself. Do what your instincts tell you to do. There is so much to achieve at Duke. Challenge yourself,” Ghosal says. “Take advantage of all the resources and just believe in yourself.”