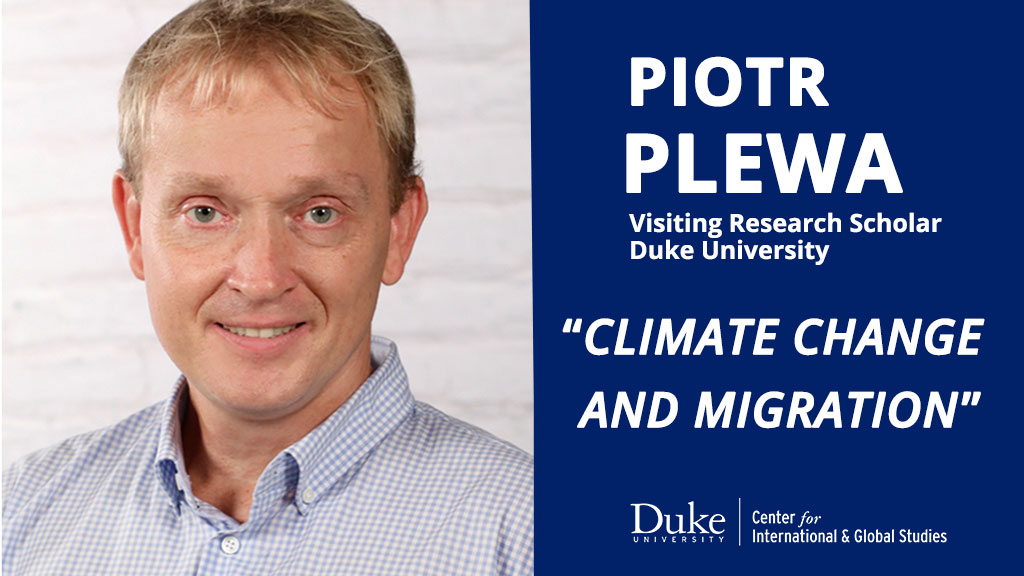 Today, one percent of the world is a barely livable hot zone. By 2070, this portion may increase to nineteen percent (NYT, 2020). The shrinking of livable habitat has made some people migrate and others adapt how they live and work.  According to World Bank’s most recent study on climate change and migration, Groundswell II, between 44 and 216 million people could migrate within their country of residence by 2050 (Clement et al. 2021).

Why do people migrate or adapt in place without migrating?

Climate has caused people to migrate or adapt in situ for hundreds of years. Even though climate change has accelerated in recent years, this does not mean that migration is inevitable (Ionesco and Chazanoel, n.d.). When migration happens, it is usually caused by a combination of factors, such as conflict and environmental change rather than environmental change alone. Migration is also more likely when there are no alternatives to leaving the usual place of residence (IDMC, 2021: 50).
Humans have suffered from both fast as well as slow occurring environmental processes.  Initially environmental migration has been associated with the fast processes, such as storms, floods or fires. Causing crises these processes attracted considerable attention.  It was not until recently that environmental migration became also associated with the slow processes, such as changing rainfall patterns, sea level rise, ocean acidification, water sanlinization or land erosion. These - less perceptible- events have become more frequent and intense (IPCC, 2014). They have affected people’s livelihoods and security (IDMC, 2021).

Rising sea levels and saltwater intrusion damage coastal infrastructure and freshwater fish or crops. The degradation of coastal ecosystems also reduces protection against storms, tsunamis and other sudden-onset events, leaving people more exposed. As a result, they may move to a higher elevation or another area, including from a rural to an urban habitat.

However, due to financial and social cost associated with displacement , people are slow to abandon their usual place of residence, especially without any guarantees about livelihood and safety in the new destination. Farmers are most vulnerable to environmental change, but they are also most attached to land and livestock, which may not be easy to move. Elderly are generally less mobile and in in some societies, they are more attached to ancestral lands.  Natural, cultural and political barriers can make migration more difficult. Furthermore,they may lead to conflicts with the population whose land or other resources are being threatened by newcomers.  Migration policies, including internal ones, such as China’s registration system can render the move less likely even within the same country (Sherbinin in MPI, 2021c). Investments in disaster risk reduction, climate change adaptation and sustainable development can lower the likelihood of migration (IDMC, 2021a: 46).

Who are environmental migrants?

According to International Organization of Migration (IOM, 2007: 33), environmental migrants are:

How many environmental migrants are there?

Even though climate change is considered an increasingly stronger driver of migration, the scale of displacement, especially associated with the slow-onset disasters and environmental change, is very difficult to monitor. Projections of environmentally-induced migration vary substantially, due to the different methodologies used and many uncertainties, such as the impact of environmental change and the ability or willingness of people to migrate.

One of the main challenges associated with monitoring displacement in the context of the slow-onset events is that such events do not become apparent until a crisis point has been reached (IDMC, 2021: 59).  Furthermore, according to Julia Blocher, intergovernmental organizations and governments may be cautious about citing estimated migration figures to avoid fueling anti-immigration narratives (Blocher in MPI 2021a).

East Asia and Pacific and South Asia experienced most new displacements in 2020. Fewer people were displaced in Americas Sub-Saharan Africa, Middle East and North Africa, Europe and Central Asia (figure 1) (IDMC, 2021:8).  The high impact on Eat and South Asia may be due to the region’s vulnerability to storms and floods (figure 2). 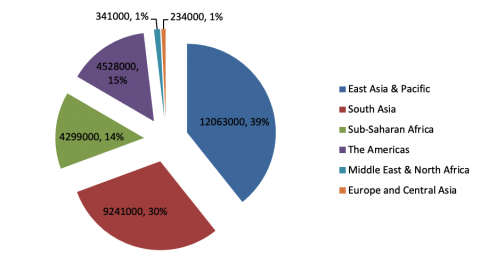 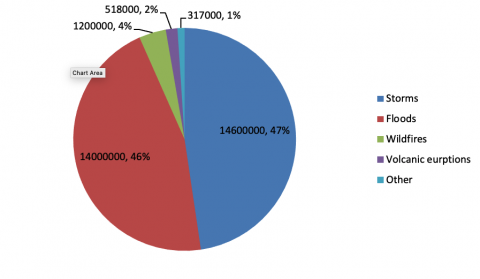 Figure 2 New displacements in the context of disasters, 2020. Source: Author, based on IDMC, 2021

In 2020, the vast majority of people were displaced in the context of tropical storms and floods (figure 2).  Wildfires, earthquakes and volcanic eruptions, landslides, extreme temperatures and droughts were less likely to cause displacement (IDMC, 2021: 10).

Especially vulnerable to tropical storms and floods -China, the Philippines and Bangladesh- recorded more than four million new displacements each. Many of these displacements were pre-emptive evacuations (IDMC, 2021: 9). Afghanistan (16 %), India (13 %) and Pakistan (11%) accounted for most of the 7 million displacements as a result of disasters (IDMC, 2021: 12).

There is no reliable data on how long people remain displaced. However, there is a general agreement that most displaced do not return to their areas of origin. The displacement is more likely to become permanent when it occurred in the context of both conflict and climate change.  In some cases the same population can be displaced more than one time (IDMC, 2021: 6).

Looking into the mid-term future, World Bank estimated that by 2050, without climate and development action, climate change could displace between 44 to 216 million people within the borders of their countries of residence, most in Sub-Saharan Africa, followed by South East Asia and the Pacific, South Asia, North Africa, Latin America and Eastern Europe and Central Asia (figure 3). The actual number of people moving would depend on the environmental change and governments’ action, including their ability to reduce global green house emissions (Clement et al., 2021). 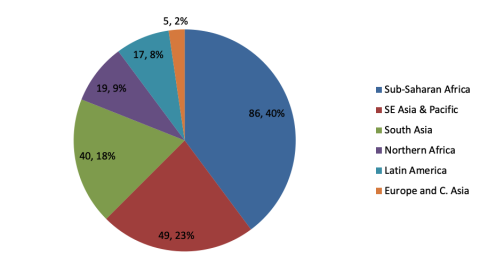 Figure 3 Predicted maximum internal migration in the context of climate change (in millions), 2070. Source: Author, based on Clement et al. 2021

What could policymakers do?

Since the nexus of environmental change and displacement was not recognized until recently, many countries have yet to recognize it and take action.

Migration and environmental policies have so far been developed separately, by the institutions in charge of respective matters. Joint collaboration on migration in the context of environmental change would allow to minimize the usual challenges associated with working in a silo. Multi-stakeholder collaboration would improve data availability, strengthen policy coherence and maximize funding.

The Global Compact on Migration (GCM) created an opportunity for more collaboration within and between countries. Among others, the GCM recommended that states cooperate to design of appropriate measures in the countries of origin to make migration a choice rather than a necessity, to improve disaster preparedness, disaster risk reduction and disaster response, and to facilitate population movements (IOM, 2021).

More countries recognize displacement associated with the fast rather than slow-onset effects of climate change.  Furthermore, more of the adopted policies aim to prevent displacement than mitigate its impacts or create durable solutions (IDMC, 2021: 53).

Several countries, mostly small-island states suffering from slow-onset effects of climate change, such as Fiji, Vanuatu and Maldives, have adopted planned relocation.  However, relocation tends to be lengthy as it requires agreement of those to be relocated, finding a place to relocate and funds to implement it. Once in a new place, the relocated people need appropriate infrastructure and services including housing, employment, healthcare, and education. The relocated individuals may need access to training, loans as well as land and livestock.  Even though the lack of longitudinal data does not make it yet possible to determine the duration of displacement, it is expected people may remain living in displacement for years. Hence, policies aimed to accommodate those who moved in the context of environmental change should integrate them in the host community.

Poor integration of displaced migrants poses a threat of anti immigrant tensions, particularly if the host community fears that migrants may add to the competition for scarce resources.  According to Julia Blocher, governments should be prepared to be criticized for doing too much for migrants as well as for not doing enough (MPI, 2021a).

Displacement, particularly large scale and long-term can be costly to the individuals being displaced and to the countries in which displacement takes place. IDMC estimated that displacement costs for the countries with smaller economies, such as Somalia, can amount to 20 percent of their GDP (IDMC, 2021). Funding for displacement should be annual and predictable. It should address the root causes of migration as well the effects of migration. It should come from multiple institutions as well as support the collaborative action of multiple institutions (IDCM, 2021: 54).   Strengthening of governance and administrative capacities of the countries benefitting from funding would allow to use the funds more effectively.

There are still many unknowns about migration in the context of climate change. Better data on displacement could help governments budget for displacement better.  For instance, if governments were able to better predict the profiles of those likely to be displaced, they could plan, for the provision of services specific to particular groups – e.g. education for children, vocational training for youth and health services for elderly.

MPI (2021a), One Billion Climate Migrants? Not So Fast. Migration Policy Institute.