COVID-19 and Policy Changes Slow Down Migration to Mexico

By PIotr Plewa and Meredith Watkins 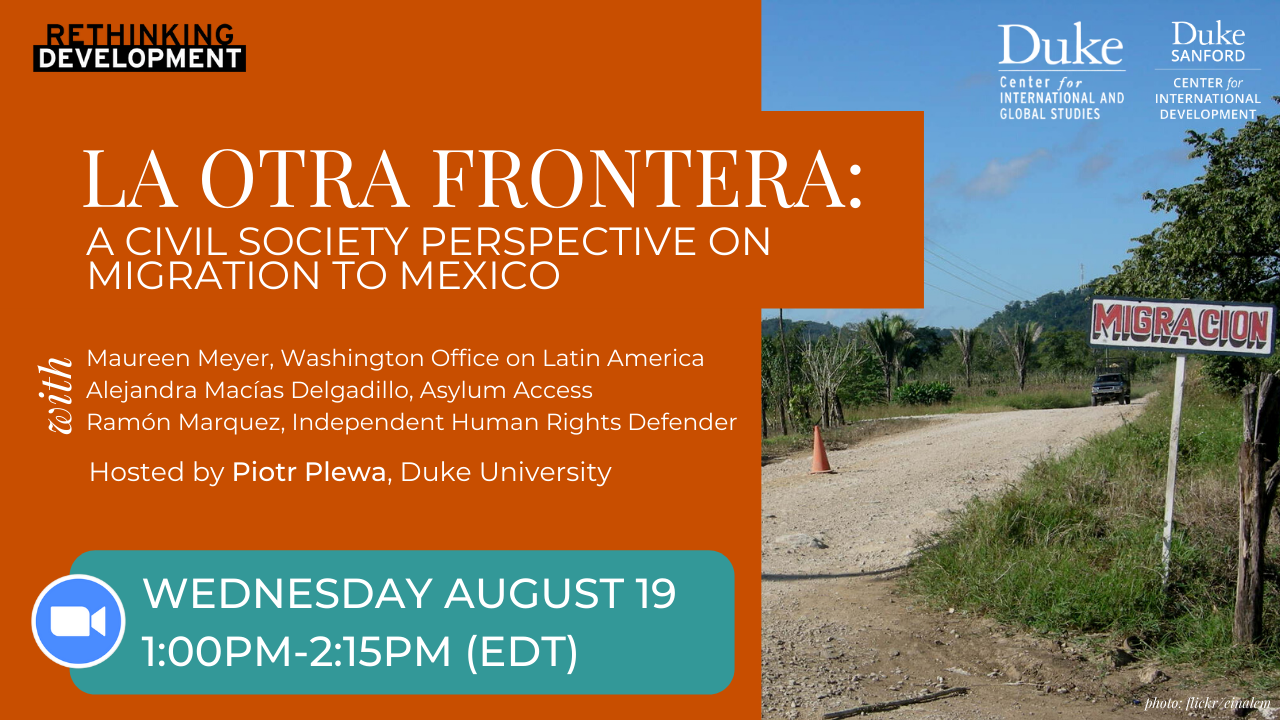 With some 11.8 million Mexican migrants outside of Mexico and 1.1 million migrants in Mexico, Mexico is a country which sends significantly more migrants than it receives. Currently, Mexico remains the world’s second largest source of emigrants. As of 2020, migration between Mexico and the U.S. constituted the largest country-to-country migration flow in the world, overshadowing a much smaller (but important from a human rights perspective) migration from Latin American countries to Mexico.

The onset of the pandemic slowed down migration to Mexico and through Mexico to the United States. Those who were able to apply for asylum in Mexico in the context of the pandemic experienced an extended wait time for processing the applications and difficulties in securing income and accommodation. According to Asylum Access, running out of funds under unusually long processing time may have been the reason why some asylum seekers would withdraw their applications. The backlogs in asylum applications in Mexico had been already an issue prior to COVID-19, when Mexico did its best to grant protected status to rising flows from Venezuela and Nicaragua. The initially warm attitude of the host communities cooled off with fears that migrants would spread the disease, especially those repatriated from the U.S., where COVID-19 cases were surging.

Here is a selection of quotes from the event:

ON THE REASONS FOR MIGRATION IN LATIN AMERICA

“The reasons why people are fleeing include corrupt and authoritarian governments. A second reason would be the neoliberal economic system that has created extreme levels of poverty and inequality. Also, the lack of access to really basic rights, such as health, education, and job opportunities. And violence, of course. Some of the countries people are coming from have the highest levels of violence in the world in the past decade.”

ON THE TYPES OF MIGRANTS ENTERING MEXICO

“Most of the people that enter the south of Mexico are entering with regular migratory status. We’re not only talking about migrants, but many of them are refugees, asylum-seekers, people who were before internally displaced, fleeing from conflict or persecution.”

ON THE DECLINE IN MIGRATION DURING COVID-19

“With the pandemic, there are fewer people coming through Mexico because, particularly in Central America, governments closed their borders completely. It’s been very difficult to travel, because of border closings, curfews that are in place in different countries, and limits on public transportation. Even if the conditions that are driving people to flee their homes still exist, the ability to do so has been certainly curtailed or limited.”

“In general, the numbers are down, particularly as a result of the pandemic but not because the situation has really changed on the ground. They’re also decreased because the United States has adopted even more concerning measures to limit and close the U.S. border down to anybody, including asylum seekers.”

ON THE EFFECTS OF COVID-19 ON MEXICAN ASYLUM

“The number of asylum seekers in Mexico has declined significantly since April. This coincides with the pandemic in the region and the closure of the borders. Between January and July of this year, 22,192 asylum petitions were filed, compared to 40,208 in the same period in 2019.”

ON THE LIMITING OF AMERICAN ASYLUM DURING COVID-19

“Under the guise of protecting public health, the U.S. has basically eliminated the ability to seek asylum at the U.S.-Mexico border. From what we know, only two people have actually been screened during this entire period for protection concerns.”

“What we see at the northern border of Mexico is very concerning in result of COVID because you have Mexican migrants that have been deported with COVID, there is the concern about other deportees that may also have COVID and spread it, and also just the conditions themselves.”

ON THE DISCRIMINATION AGAINST MIGRANTS IN MEXICO

“The promise from the federal government is that they are going to give more opportunities to immigrants and the Mexican community is not very happy with that because also they are asking for opportunities for them. This is the message that the government is giving and they are creating discrimination against this population.”

“Most of them are not welcoming of immigrants and refugees, and I think this is because there is a lot of poverty and a lack of opportunities for most of them.”

For more information on the topic of migration to Mexico, read a snapshot of the current situation offered by Dr. Piotr Plewa.