On October 18, in celebration of the 20th anniversary of the on-line journal American Diplomacy, the Duke Center for International & Global Studies showed a screening of the film America’s Diplomats narrated by actress Kathleen Turner.  The screening was followed by a panel talk with three former US ambassadors and career foreign service officers, retired. They discussed their personal experiences in the foreign service, in addition to providing audience members with general information on how to apply for these careers.

The screening and panel talk was followed by a reception honoring Duke University’s former and next State Department Diplomats in Residence. 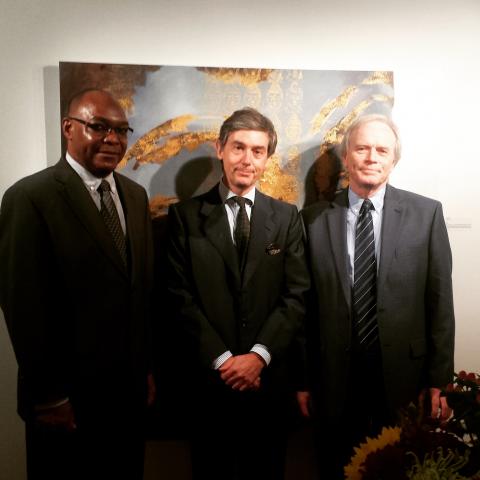