Taking your education beyond the classroom is an invaluable part of the graduate student experience. Many of today’s important questions require an interdisciplinary approach to address challenges that transcend conventional boundaries of academic major and geography. Enter the DUCIGS Graduate Working Groups on Global Issues.

This program began in the mid-90s with a grant from the Ford Foundation; today, these student-driven working groups provide a place for young scholars to share their research and to obtain feedback from a variety of peers and practitioners. Often, the groups are co-sponsored by other initiatives and programs at Duke. In 2019-20, the Africa Initiative, the Asian American Studies Program and the Global Asia Initiative all supported groups whose themes are consistent with their specific world regions or particular topics of interest.

On Wednesday, April 15, representatives from five of the fourteen groups showcased some of their activities and projects that took place over the current academic year. 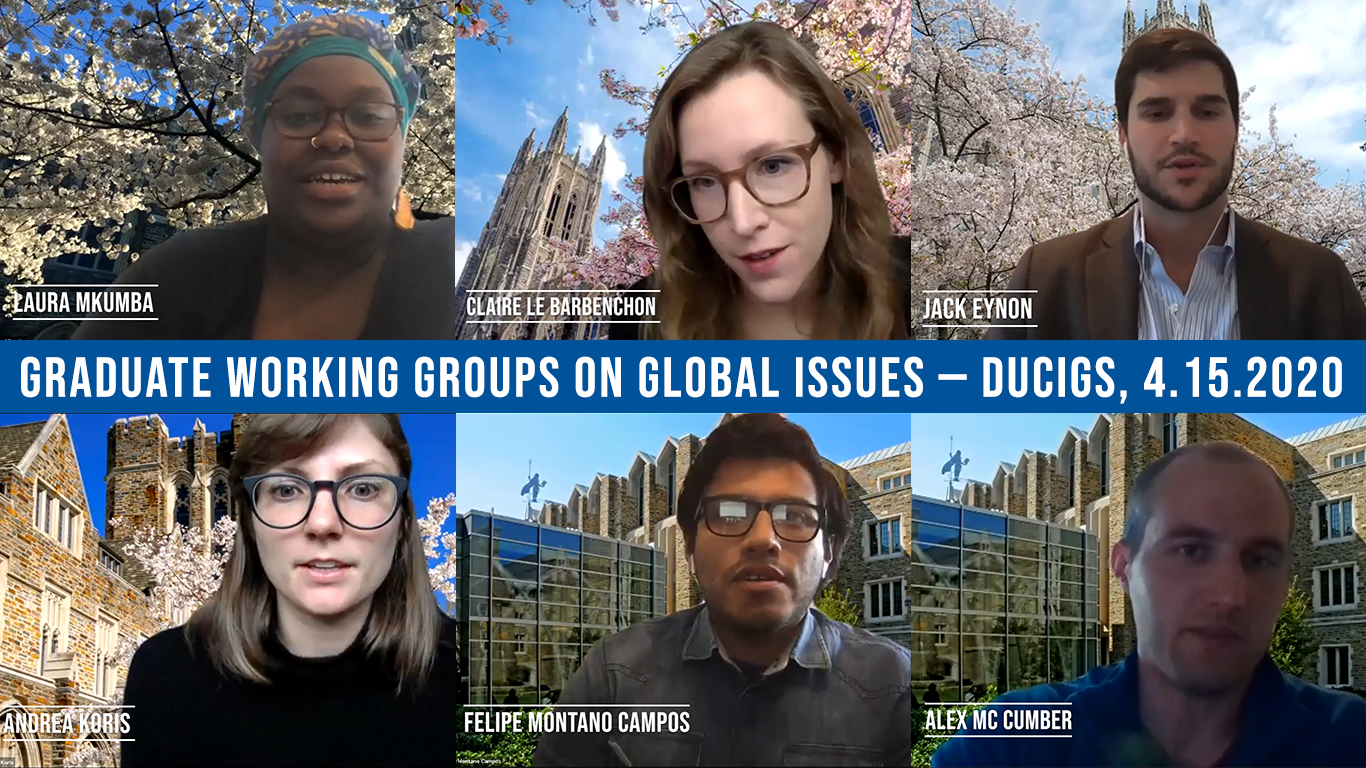 Felipe Montano Campos, a PhD candidate in Economics, shared the newest findings of the Corruption in Developing Countries group. This year’s cohort examined the relationship between social media and corruption, a key source of information for many, especially in authoritarian contexts where traditional media may be suppressed. This makes social media a powerful tool to spread information in developing countries and enables researchers to identify corruption hot spots. The group found evidence that attitudes towards corruption persist within families through generational change. Their analysis also revealed that education is a key driver for influencing the opinions of young people. One of their key events in Fall 2019 was a workshop with Eddy Malesky, Professor of Political Science at Duke, who discussed his recent paper, “Nonstate Actors and Compliance with International Agreements: An Empirical Analysis of the OECD Anti-Bribery Convention.”

Andrea Koris and Laura Mkumba presented the work of the Decolonizing Global Health in LMICs group. Koris, currently a second-year student in the Global Health master’s program at Duke, noted the project originated from members’ desire to create an arena in which students and faculty could discuss histories of colonization and their effect on modern global health work, particularly in low- and middle-income developing countries. Mkumba, also a second-year master’s candidate in Global Health, added that the group was able to work with the WHO Collaborating Centre on Global Health Histories (among other stakeholders) to organize a conference in late January 2020. A main takeaway from the group’s work is how most discussions around global health are still influenced by colonial legacies. For example, even though malaria is prevalent in sub-Saharan Africa, all of the major conferences about the disease are held in North America and/or Europe. This creates institutional barriers to participation by the people who are most affected by malaria and should have input on policy conversations. 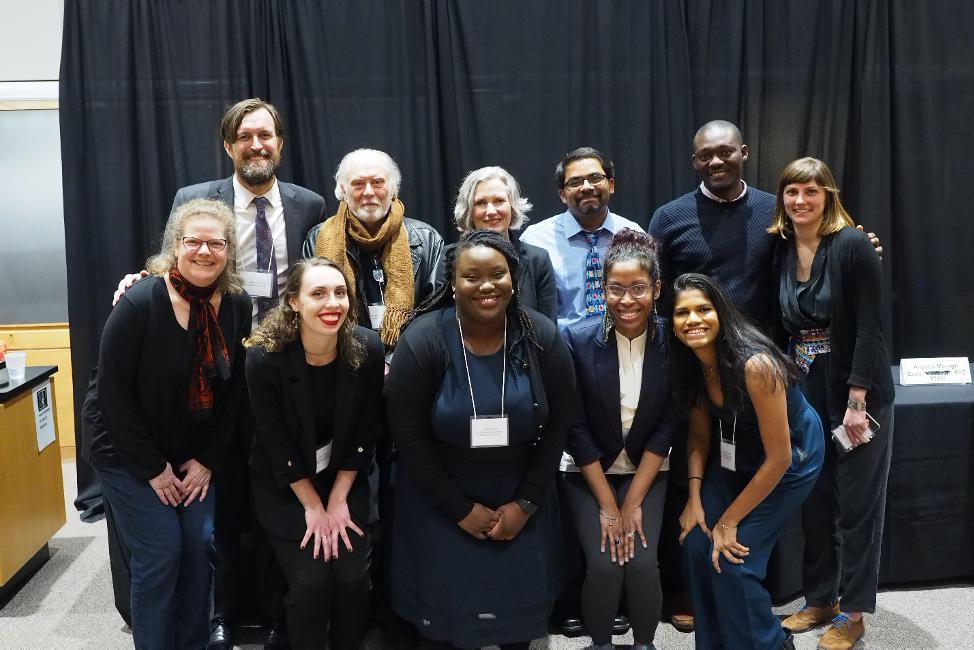 Alexander McCumber, a PhD candidate in Civil and Environmental Engineering, was the representative for GERM - Graduates Engineering & Researching Microbiomes. Using his own research on the role of lung microbiome in immune response to influenza as a pivot point, he highlighted some of the major themes of this multi-year program that draws on multiple academic disciplines across the sciences and some social sciences in order to develop improved analytical tools in pursuit of more accurate conclusions. This highly multidisciplinary group pursues this goal through a regular series of method-sharing presentations, research presentations, and events featuring visiting speakers from industry as well as academia.

Another long-standing group is Informed Choices for Equitable Development, which began in 2015. Duke PhD student Claire LeBarbenchon, who is pursuing a joint degree in Public Policy and Sociology while pursuing a concurrent master’s in Statistical Science, noted this interdisciplinary group highlights student research that examines issues related to international development from context-specific perspective, largely in developing countries. Most of its meetings are presentations of student research, though they also engage in flash talks and workshops such as making research projects relevant to policy discussions. Notably, two recent World Bank Development Impact blogs have featured the work of two group members (Nivedhitha Subramanian  and Romina Tome.)

Jack Eynon, a second-year Master of Environmental Management student, shared the work of the Ocean Policy Working Group. Each year, the group organizes a seminar series to assist students interested in professional careers as well as academic pursuits. This year, they featured Andrew Lewin, creator of the “Speak up for Blue” podcast, who advised students interested in science communication. In the spring semester, the group held a chat with Doug Rader, chief oceans scientist at the Environmental Defense Fund. The group had plans for a weekend event in Washington, D.C. for students and alumni to meet and network with marine professionals; unfortunately, the planned March event was preempted by the coronavirus. The group also organizes an annual symposium - the 2020 theme was “The Value of Water.”

In the ensuing Q&A session, the group representatives reiterated their work transcends disciplines by design. They also noted that COVID-19 responses have definitely affected them. In some cases, technology has been able to mitigate a portion of the hardship, but field research is heavily impacted, particularly research that had been planned in other countries for summer 2020. Lab work has also been significantly curtailed. One student was 4 weeks into an 8-week mouse study.

Overall, the groups are enthusiastic about their work, their studies at Duke, and the support they have received through their experience in the DUCIGS Graduate Working Groups on Global Issues. Several will pursue a new avenue for sharing their work with a broader audience of scholars by submitting research to the Duke Global Working Papers series published via SSRN.