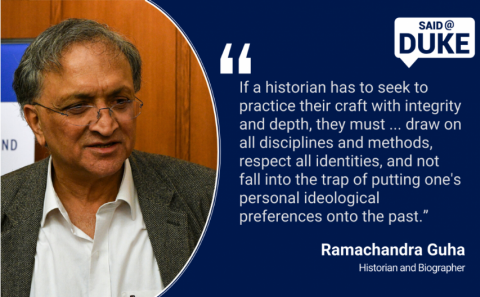 Guha spoke about three ideas that Gandhi had to defend against people who argued against them. Of these the first was Gandhi's insistence on nonviolent struggle. Many people thought that violence was the right way to deal with the British. Gandhi disagreed, and he put down his first thoughts on the matter in a book called “Hind Swaraj”, in Gujarati, that he wrote in nine days flat during a ship voyage in 1909 from England to India.

Gandhi was shaken to the core by Madan Lal Dhingra’s assassination of a British Army officer in England. That assassination was the trigger for “Hind Swaraj”. 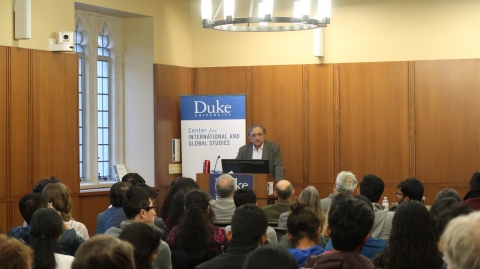 Gandhi argued that means and ends are related. That if India did win independence through the use of violence, that violence would become part of the nation’s soul, and be used subsequently by the state against its own people. He argued also that the cycle of violence and counterviolence is a cycle that feeds upon itself. It keeps getting more gruesome. And must therefore be abjured.

The second idea that Gandhi pushed, against great opposition, gently at first, and increasingly forcefully later, was the emancipation of lower castes. Opposition to Gandhi’s move to invite a lower caste family into his community at the Sabarmati Ashram, in 1917, came first from Kasturba, then from the businessperson who financed the Sabarmati Ashram. Over the years from 1915 through the early forties Gandhi’s ideas on the emancipation of lower castes evolved, gradually at first, then much more rapidly and radically later.

BR Ambedkar was instrumental in pushing Gandhi forward on this matter. The relationship between Gandhi and Ambedkar was largely and unremittingly antagonistic. To Ambedkar, Gandhi remained always a figure of Hindu orthodoxy. Nevertheless, it was Gandhi who insisted that Ambedkar be a part of the assembly that drafted the Constitution of India.

The third issue Gandhi faced immense opposition on was his insistence on Hindu-Muslim amity.

When Chiang Kai-shek visited India in 1942, he remarked that if Gandhi had been up against the French or the Dutch, his nonviolence would have evaporated within a week. Guha said that he himself also thought that the principle of nonviolence is not as universally applicable as Gandhi had thought it to be. 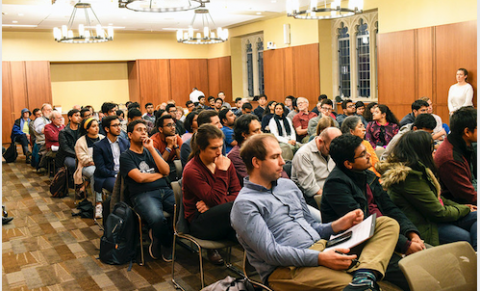