This article originally appeared on the Duke Global website (LINK). 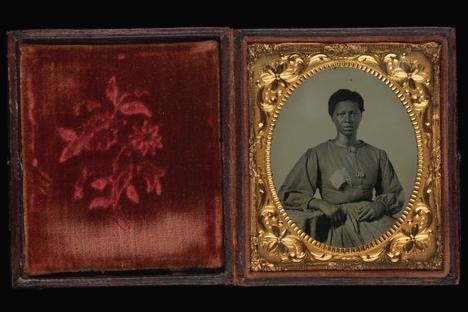 For Thavolia Glymph, spending days in government archives – searching for one detail – can be worth it to help tell forgotten and dismissed narratives of the lives of Black women who labored during the Civil War.

“The documentation is here, and we’ve just ignored it,” said Glymph, a professor of history and law at Duke University.

On Sept. 4, Glymph gave the first lecture of the Wednesday at the Center series. Her talk titled “Civil War Refugee Camps: Camp ‘Commandants’ and Black Woman and Children,” chronicled a few of the numerous untold stories and experiences of Black women who lived, worked and raised families during the Civil War.

Throughout the lecture, Glymph allowed her research to speak volumes about those untold stories. Glymph shared accounts from an overwhelming history filled with the trauma that both Black women and Black children endured during the Civil War, as well as their triumphs.

Glymph is the author of “Out of the House of Bondage: The Transformation of the Plantation Household,” “The Women’s Fight: The Civil War’s Battles for Home, Freedom, and Nation” and other works.

“I explore what it means to ‘listen’ to the sounds of violence that accompanied the project of making freedom and, simultaneously, what anthropologist Nancy Hunt calls the ‘hushing of sound’ and what Rob Nixon terms ‘unofficial hostilities’ and their lingering impact into the 21st century,” Glymph said.

The stories Glymph read emphasized key moments in Black women’s lives that showed how their contributions to the war were devalued and slowly erased from the dominant historical narrative. Because some of these women applied for pensions as soldiers’ widows through the federal government, “immense records” are available through the U.S. National Archives. Glymph’s work also uses wartime documents from the treasury, war and state departments, and the previous Bureau of Refugees, Freedmen and Abandoned Lands.

Those stories reveal negative representations of Black women, unfair treatment, underpaid labor, as well as discriminatory state policies and practices. This is a history that Black women are far too familiar with, but the pattern of dominant history often excludes these details.

During the talk, Glymph told the story of U.S. Navy nurse, Ann Stokes (née Bradford), and the unceasing obstacles she faced while trying to receive a well-deserved pension from her work tending wounds and comforting soldiers during the war. 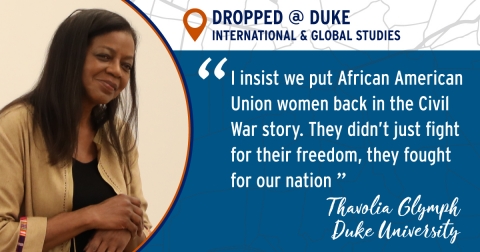 Stokes was an escaped slave, and she was one of the first women to enlisted as active-duty personnel in the Navy during the Civil War. She resigned from her position in October 1864 and later sought a widow’s pension. In 1890, she applied to alter an invalid pension in her own name based on her service as a Union army nurse. She was qualified for a pension after resigning, but the process was complicated due to her inability to be able to read and write. She was also put through an exhausting process that would first lead her to be denied her pension.

Though Stokes died from “disease of heart and rectum,” Glymph argues the strenuous work Stokes performed as a nurse contributed to her death in 1903.

Like many other Black women applying for duly earned pensions in the Civil War era, Stokes experienced excessive scrutiny of her personal records, body and details of her personal life. Examiners even questioned family members and neighbors, only to discredit their accounts that supported Black women as “unreliable.”

The violence Black women experienced during the war often occurred “out of sight,” to borrow from Nixon, and was normalized.

“Some would say Stokes died of old age,” Glymph said. “I like to think of Stokes's death as a death of slow violence.”