Indian Ambassador to US Visits Duke 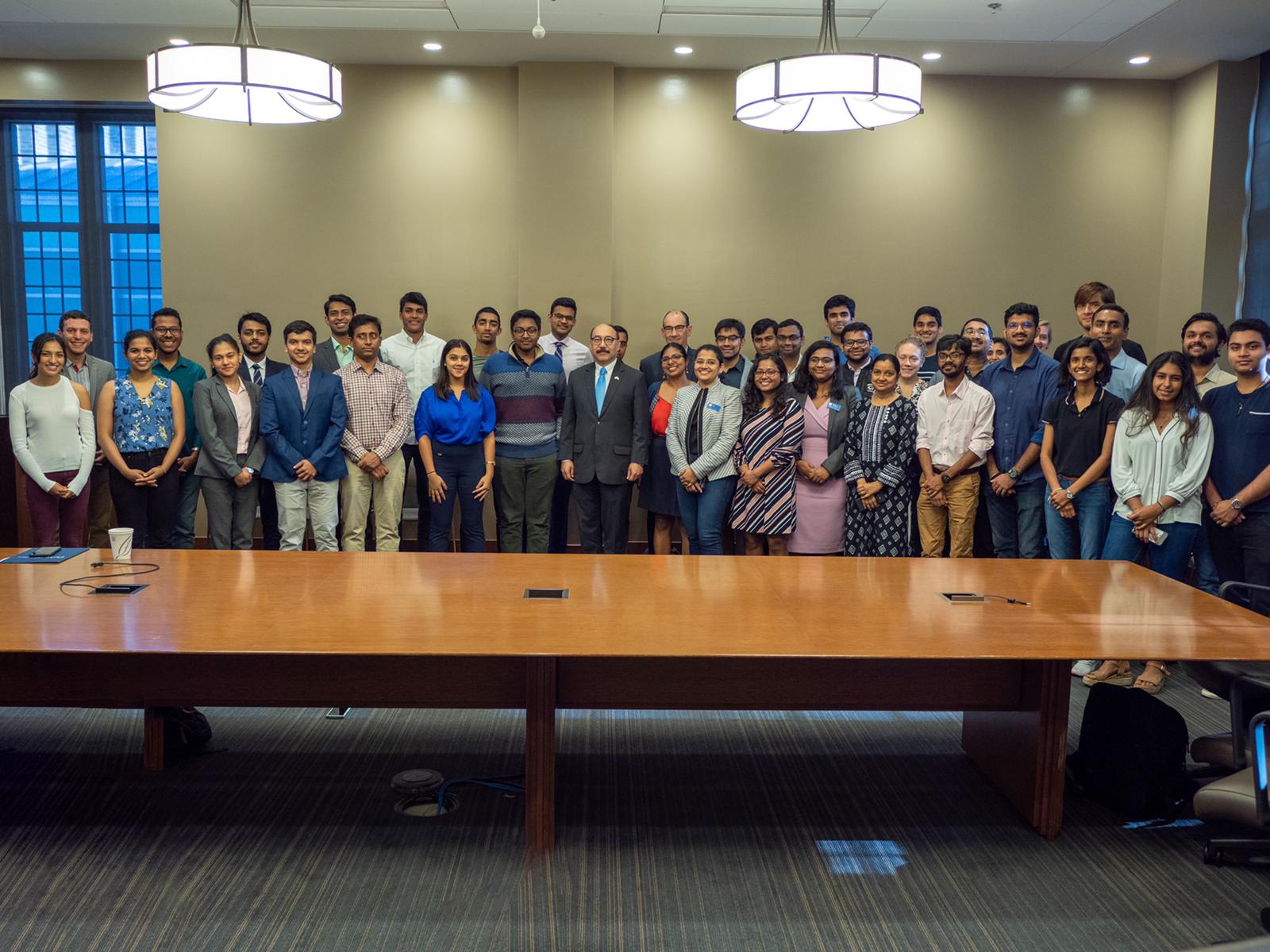 Duke students with the Ambassador of India to the United States

His Excellency Harsh Vardhan Shringla, the Ambassador of India to the United States visited Duke University on Friday, October 11, 2019. During his visit, he met with Michael Schoenfeld, Vice President for Public Affairs and Government Relations at Duke University, select Duke faculty members and students. More than 50 Indian students attended the meeting with the ambassador. The enthusiasm among Indian students and American students of Indian origin was evident as they  interacted with the ambassador.  Ambassador Shringla talked about the Indian Embassy’s Campus Ambassador program which is designed to help the Embassy and Consulates stay in touch with Indian students, and  share opportunities for interested students and faculty to engage with India.

The visit was hosted by the Duke Office of Global Affairs and Duke India Initiative. 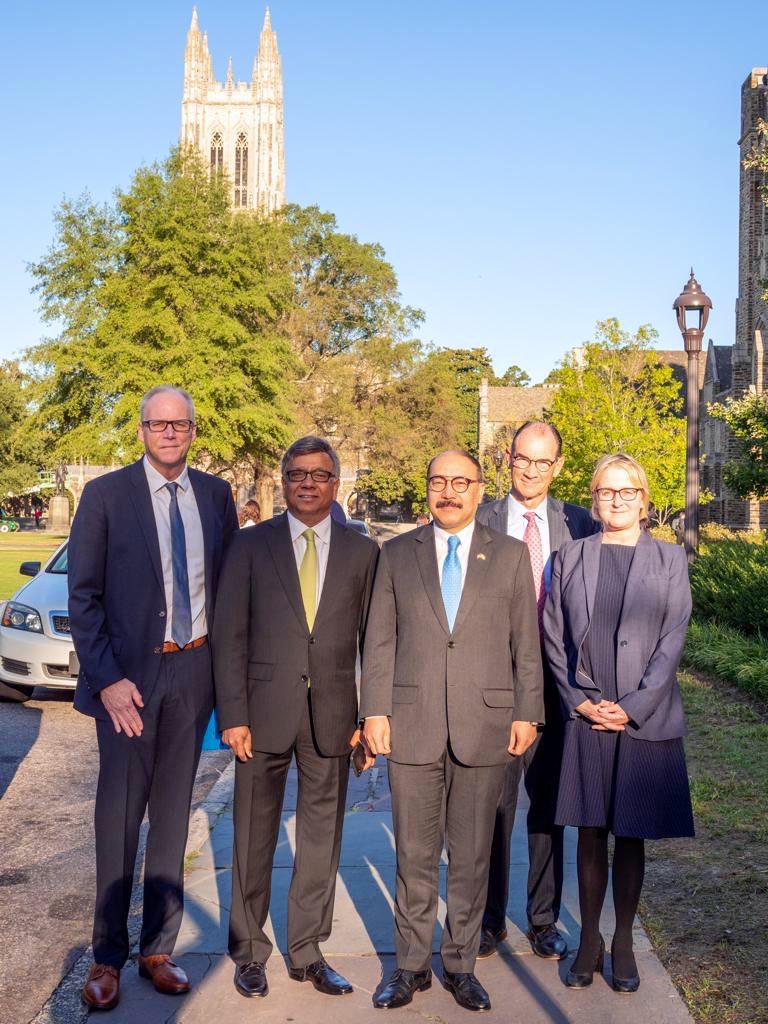