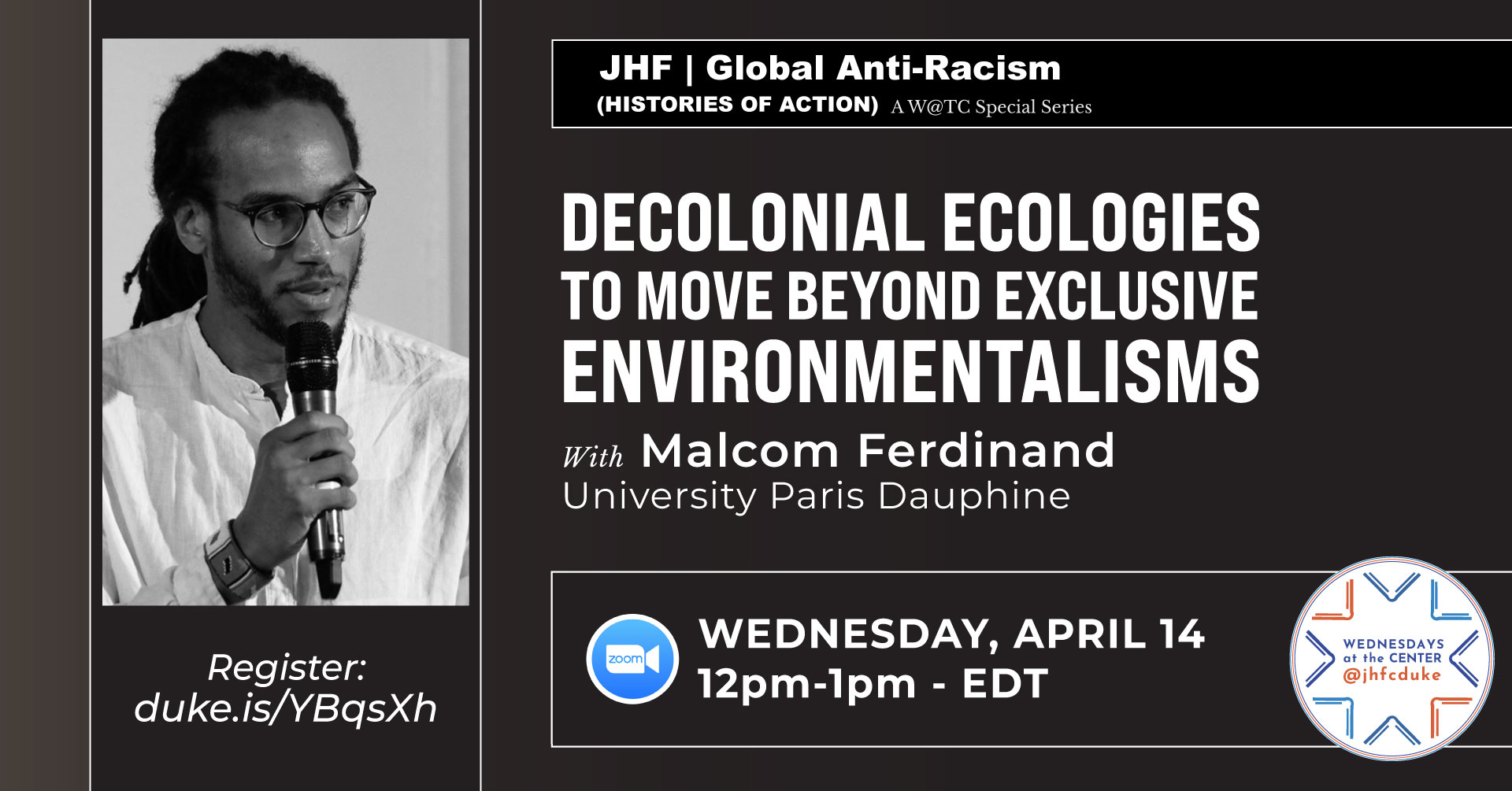 In the final installment of the spring 2021 Wednesdays at the Center virtual series, Malcom Ferdinand, researcher at the CNRS (IRISSO/University Paris Dauphine), gave a lecture titled, “Decolonial Ecologies to Move Beyond Exclusive Environmentalisms.”

In his talk, Ferdinand discussed what he calls the “double fractures of modernity”—the environmental fracture and the colonial fracture. He posited that these two binaries have contributed to the mainstream environmental narrative of the Anthropocene, which he believes is an inadequate response to ecological crises and the rise of eco-fascism.

According to Ferdinand, the environmental fracture pits humans against nature in a binary that masks the complexities of both categories. “In environmental philosophy and in many conservation circles, the ecological crisis is really seen as a crisis between man versus nature, human above the environment,” Ferdinand said.

Ferdinand argued that this binary obscures the messy reality of human’s relationships to the natural world by centering images of pristine wilderness as sites of environmental concern and ignoring, for example, cities, slums, plantations, and slaughterhouses.

Additionally, he argued that by centering affluent, white, able-bodied environmentalists, the environmental fracture helps to uphold the colonial fracture, which privileges these kinds of images of humanity by obscuring the theories and practices inhabited by colonized and enslaved peoples.

This event was sponsored by the John Hope Franklin Center, the Duke University Center for International and Global Studies, and the Duke Center for Latin American and Caribbean Studies.