Migration from El Salvador to the U.S.: A Background Brief 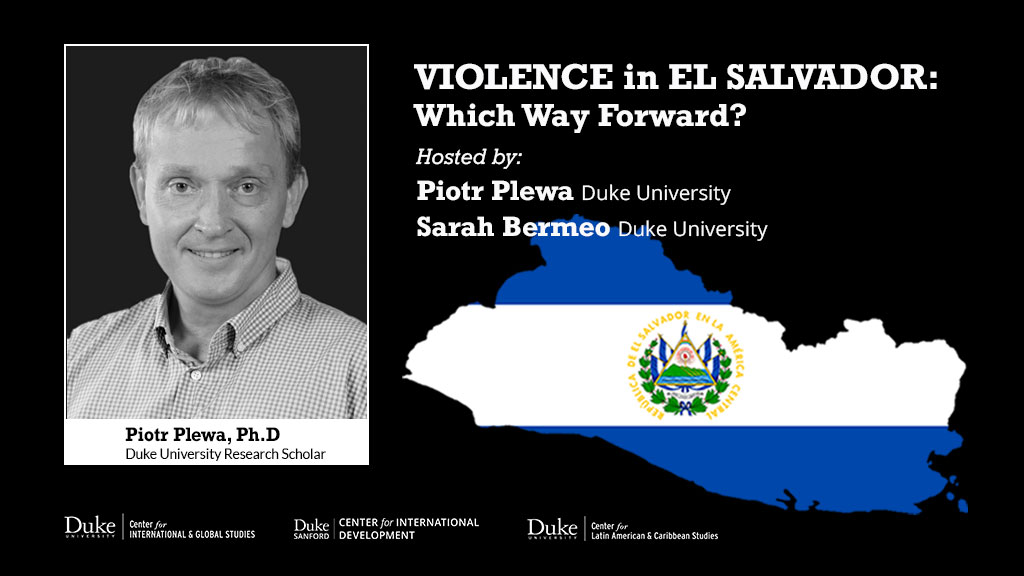 On March 23, 2021, the Duke Center for International and Global Studies (DUCIGS) in collaboration with the Duke Center for International Development (DCID) organized a webinar on El Salvador's recent trends on gang violence. The event hosted four country experts and was moderated by Duke University's Piotr Plewa and Sarah Bermeo. Read the event recap here.

In this background brief, Duke Research Scholar Piotr Plewa offers a snapshot of migration trends from El Salvador to the U.S.

MIGRATION FROM EL SALVADOR TO THE U.S.: A BACKGROUND BRIEF

Salvadoran migration to the U.S. dates back to the 1930s and has been driven by a combination of economic and humanitarian factors. It was boosted by the twelve- year long civil war (1979-1982) and fueled by perpetual violence ever since.

Since 2014 migration from El Salvador has been characterized by significant presence of unaccompanied minor asylum seekers. Migration of minors challenged the U.S. asylum system due to special infrastructure and procedures necessary to receive minors as well as a set of more fundamental questions such as why are minors leaving alone and how to prevent it in the future.

How has El Salvador managed recent migration to the U.S.?

In 2017, the Salvadoran Ministry of Foreign Affairs developed the National Policy for the Protection and Development of Salvadoran Migrants and their Families (El Salvador, 2017). The effects of this policy are yet to be seen, but any efforts to protect the rights of migrants tend to be better than no such efforts at all.

Migration has deprived El Salvador of human capital and insecurity has weakened the country’s appeal to foreign direct investment. However, the hard-earned monies Salvadoran migrants have been sending home have benefitted country as a whole and the individual families who receive them.  El Salvador is the seventh most remittance-benefitting country in the world and third in the region, after Haiti and Honduras (World Bank, 2020). By 2019 remittances constituted nearly 22 percent of the country’s GDP. They declined in the Spring of 2020 as a result of COVID-19 impact on migration and US labor market. But they rebounded in the second half of 2020 corroborating hypothesis that in times of crisis remittances are a reliable form of aid, because in difficult times migrants support their loved ones the most.

Aware of the positive impact of migration on development, Salvadoran managed to keep the costs of remittance transfers from the United States low. Furthermore, it aimed to strengthen links with the country’s diaspora by encouraging it to invest in social infrastructure projects, allowing it to vote from abroad, and by lobbying with the US Government for protecting Salvadoran community against deportations via inclusion in the Temporary Protected Status (TPS).

Despite TPS, a number of Salvadorans have been expatriated each year, mostly from the U.S. but as a result of U.S.- Mexico migration agreements, also from Mexico. According to the International Organization for Migration, in 2019 El Salvador received 37 300 returnees from the US and Mexico combined (IOM, 2020 in CRS, 2021). 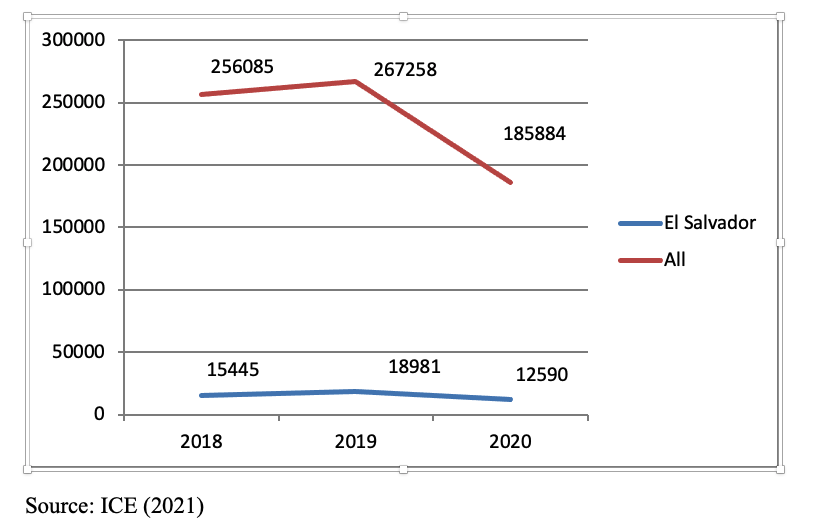 Figure 1. Removal of Salvadoran citizens from the United States, FY 2018-2020

Despite international assistance to reintegrate its deportees, including jobs in San Salvador’s call centers, El Salvador struggled to reintegrate them. Deportees have become targets of extortion and violence upon arrival in El Salvador.  According to Human Rights Watch, at least 138 Salvadorans were killed in 2013-2019 and 70 more were victims of violence (HRW, 2020). Many deportees have lived longer in the U.S. than in El Salvador, speak poor Spanish and find it very difficult to integrate themselves in the new environment. Some have been separated from their families in the U.S.  Hence, a number of deportees have been returning to the U.S. (Menjívar & Gómez, 2018).

What can Salvadoran community in the US expect from Biden administration? 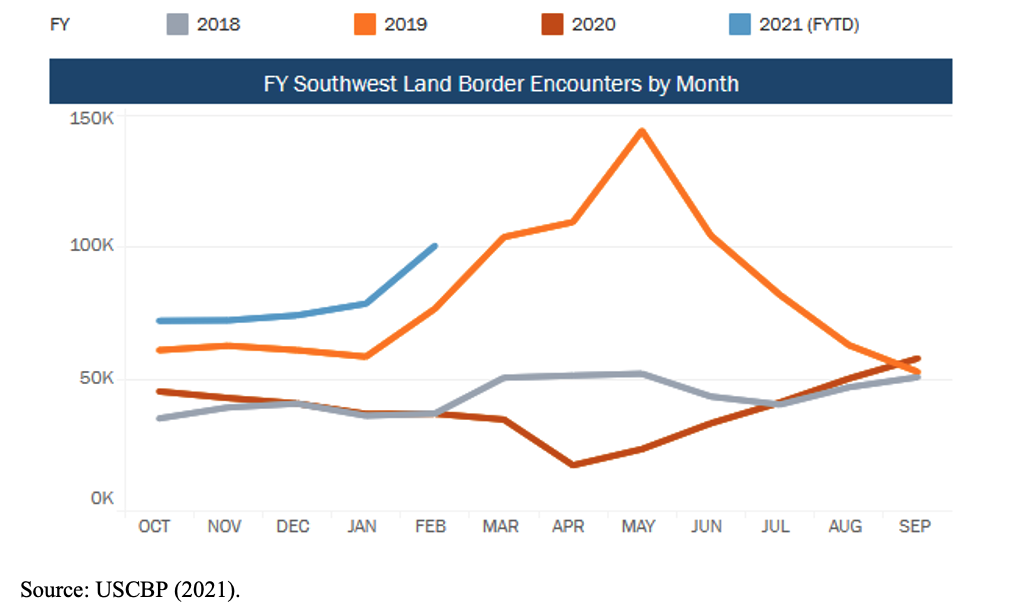 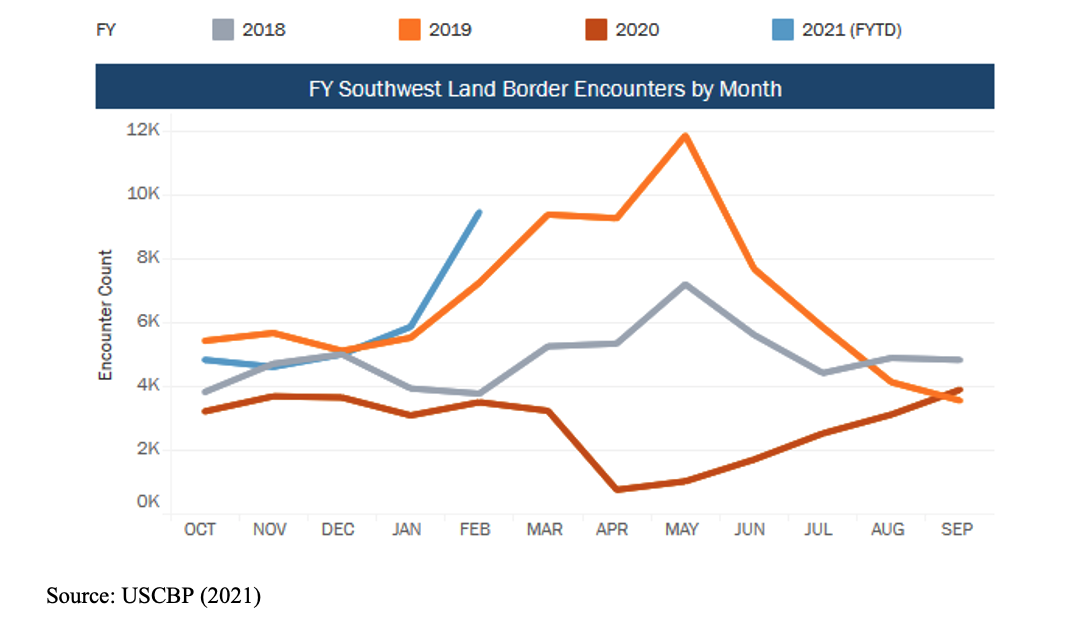 The law requires transferring them to shelters if they are to be detained for over three days.  However, the rising numbers of all apprehended including children filled the shelters to their maximum capacity and led to children being detained for longer than three days (Gramlich, 2021). In response, the Biden administration announced it would allow some Central American children to apply for admission to the U.S. from their home countries in an effort to deter them from making the perilous journey.

In 2020, a series of lawsuits prevented the planned abrogation of TPS. If the TPS was to be dismantled, some 202 630 registered Salvadorans, 62 percent of all TPS holders, could have been deported.  As per TPS requirement, all Salvadorans have been residing continuously in the US since March 2001 (USCIS, 2021). Despite their long residence, TPS recipients are not automatically eligible for permanent residence or U.S. citizenship.  However, President Biden asked Congress to pass legislation that would allow TPS recipients who meet certain conditions to apply immediately for permanent residency (USCIS, 2021).

The second group of Salvadorans who would have been likely deported would be those qualifying for Deferred Action for Childhood Arrivals (DACA) status. Biden’s Memorandum for the Attorney General the Secretary of Homeland Security recommended preserving and fortifying DACA. DACA and associated regulations permit eligible individuals who pass a background check to request temporary relief from removal and to apply for temporary work permits. In President Biden’s view, “DACA reflects a judgment that these immigrants should not be a priority for removal based on humanitarian concerns and other considerations, and that work authorization will enable them to support the US economy” (Biden, 2021). As of March 29, 2021 the DACA program was facing a lawsuit filed by Texas’ Republican attorney general, who was seeking to have the program declared unlawful and terminated.

While addressing the root causes of migration is imperative, it will not lower emigration rates in the near future. According to the Wilson Center’s review of the U.S. Assistance to the Northern Triangle in 2014-2019, there have not been enough sufficiently impactful development programs in the region. El Salvador continues to be stricken by the lack of sustainable living conditions, whether it is due to more palpable gang violence or less visible yet equally sustainable living-unfriendly corruption, weak respect of democratic norms or lack of good governance. The persisting difficulties offer an opportunity for more innovative, long-term and comprehensive development assistance programs to be designed and implemented through multi stakeholder collaboration including  U.S. and Salvadoran governments, research community and civil society.

Call, C. (2021), “The imperative to address the root causes of migration from Central America”. Brookings.