Race and Invisibility in the STEM Fields: An Ongoing Fight 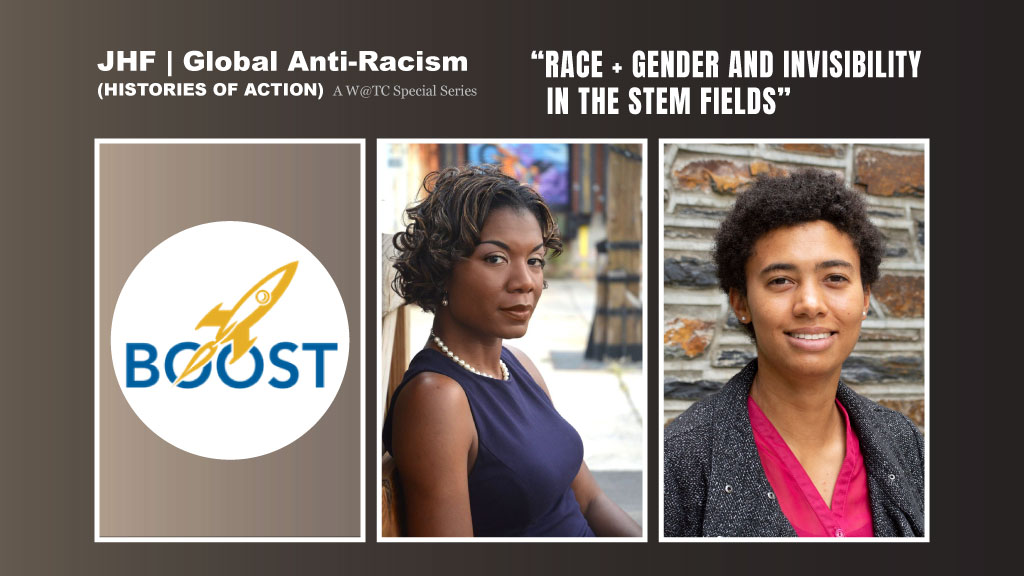 Three Duke experts in the STEM fields introduced the video. Douglass Coleman, Alicia Nicky Washington, and Renata Poulton Kamamura shared passionate stories and opinions about their personal fight against discrimination and the general lack of opportunities for people of color in the STEM fields.

“This is the same fight that we have been fighting,” said Douglass Coleman, Program Director of BOOST: Building Opportunities & Overtures in Science & Technology.) “When you get underrepresented people in the halls and labs, they will perform at least as well as their more privileged counterparts. What are you doing to get out of the way of those amazing Black and Brown young people coming up in the rearview mirror?” he asked.

“(Racism is) ingrained in my experience as a Black woman moving in this country, and as a woman moving in computing,” said Dr. Alicia Nicki Washington, Professor of the Practice of Computer Science at Duke, where she teaches: “Race, Gender, Class & Computing.” Throughout my career, I've had people tell me that you're not a good fit for the corporate culture. We know what good fit means. That's code (...) Because we don’t align with the culture that has been created.”

Dr. Washington’s experience echoed that of Ph.D student in Ecology, Renata Poulton Kamamura. When she came to the U.S. from Kenya for college, she noticed that the environmental science classes were “the whitest place I had ever been in a long time.” She recalled being told: “People of color don’t care about the environment.” She also recalled being dissuaded by a well-meaning advisor from being politically active: “To be a politically engaged activist—in the advisor’s thinking— was an alternative to becoming a good scientist. “Do you care about your people or do you want to be a scientist?” was the apparent choice.

The 2017 episode of Wednesdays at the Center with Professor Neal and Rochelle Newton was inspired by the (then) just-released “Hidden Figures,” a film which exposed a history of Black women involved in science and technology. “Somebody is still hidden in STEM,” said professor Neal. “Particularly women of color. “

In the video, Mark Anthony Neal interviews Rochelle Newton, at that time a Senior IT Manager at Duke Law. In a career that saw Ms. Newton dropping out of a full scholarship at Columbia University to work on computing, she ended up earning four degrees (two Bachelor's degrees and two Master's degrees) while striving for equal consideration at every turn.

The event was organized by the Duke Center for International and Global Studies (DUCIGS), and the John Hope Franklin Center, as part of the 'Wednesdays at the Center' 2020-21 series: “John Hope Franklin | Global Anti-Racism (Histories of Action.)”