Scholars Discuss "the Rivers in Anthropocene" at GAI workshop 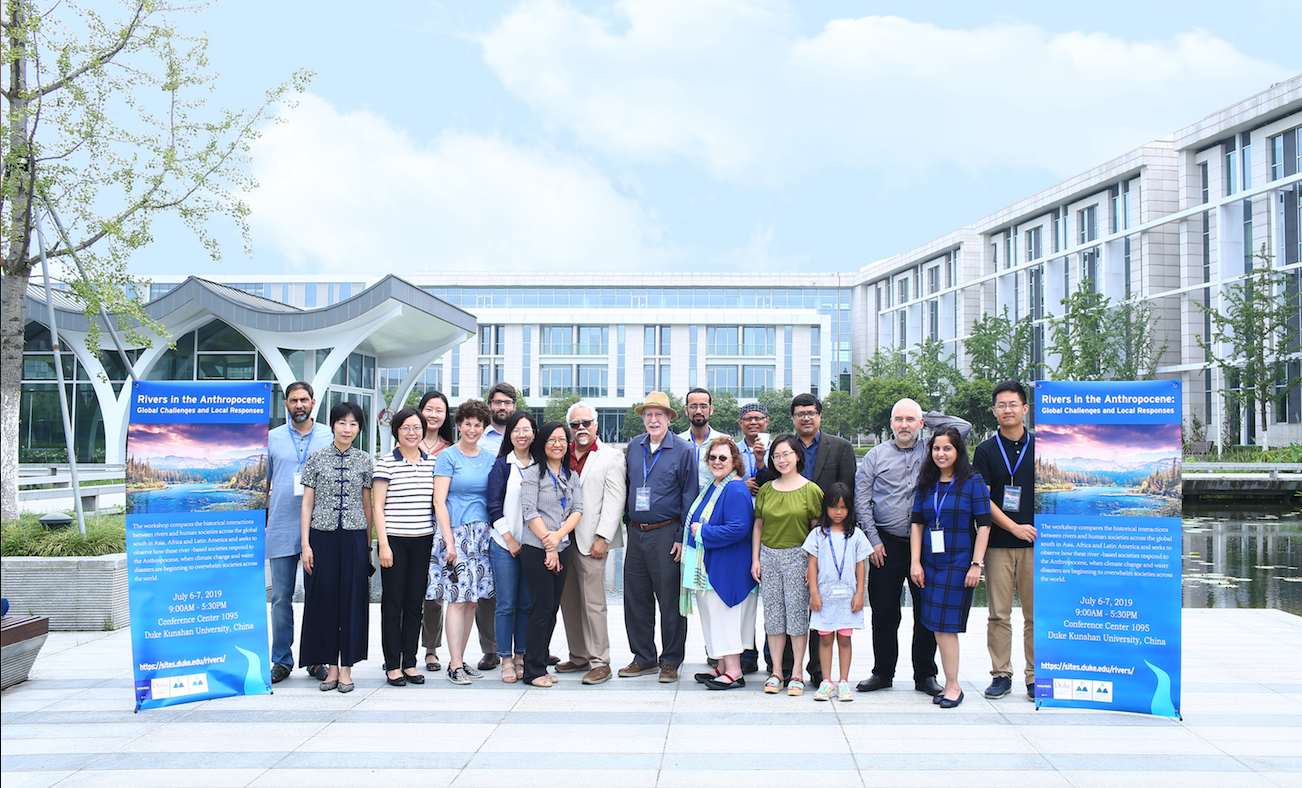 The Global Asia Initiative initiated workshop “Rivers in the Anthropocene: Global Challenges and Local Responses” was held successfully at the Duke Kunshan University campus on July 5-8. 16 participants from the U.S., India, China, U.K., Japan and Brazil gathered together to discuss the global environmental crisis and how various riverine communities have responded to the planetary environmental issues. They presented in six panels on a variety of topics, ranging from long-term studies of the Ganges and the Yellow River, rivers of urban cities in Brazil and China, conceptual understanding of the rivers in the Anthropocene, comparative studies on the wetlands in China and India, ongoing practical works on the river basins and visions for the future of rivers. The workshop took an interdisciplinary approach and aimed to bridge conversations and to foster collaborations among scholars from history, political science, geography, engineering, biology, and environmental science.

At the workshop, participants discussed extensively on five issues: first, the conceptualizing validity of the term Anthropocene, theoretical criticism of the term, and how the scholarly community should understand the rivers in the context of the Anthropocene (Rohan D’Zousa and Ling Zhang); second, reconsideration of the cultural connotation of floods and the amphibious life (or wetlands culture) in various flood-prone environments (Sudipta Sen, Rohan D’Souza, Chris Courtney, Young Rae Choi, and Yan Gao); third, new ways/models of conceptualizing river-society relationships, such as using the concept of labor to understand rivers’ role in making the city of Rio de Janeiro (Bruno Capile), and conceptualizing the human-river interactions in the Indus river basin as  “entropy”(David Gilmartin); fourth, sophisticated adaptations to different water environments (i.e., water-sharing, conflict resolution, and water course alteration) and changes to rivers resulted from adaptions (Zhaoqing Han, Mu Cao, and Qian Zhu); and fifth, how theoretical studies and practical work can be best combined to help local communities deal with water problems in the context of global climate change (Eugene Simonov and Shripad Dharmadhikary). Revolving around the main themes, participants also touched on several other topics, such as rights of nature, human-animal relations, and biopolitics and governmentality through water.

In commentary and concluding remarks, Dr. Elizabeth Wishnick urged us to rethink water history and how we further the comparative studies of rivers and water. Dr. Ling Zhang offered suggestions of continuous conversations on the river studies and provided visions for future studies of the Anthropocene or its alternatives. GAI director Professor Prasenjit Duara presided over the workshop and commented on panels. He also suggested next steps of scholarly gatherings and/or publications. 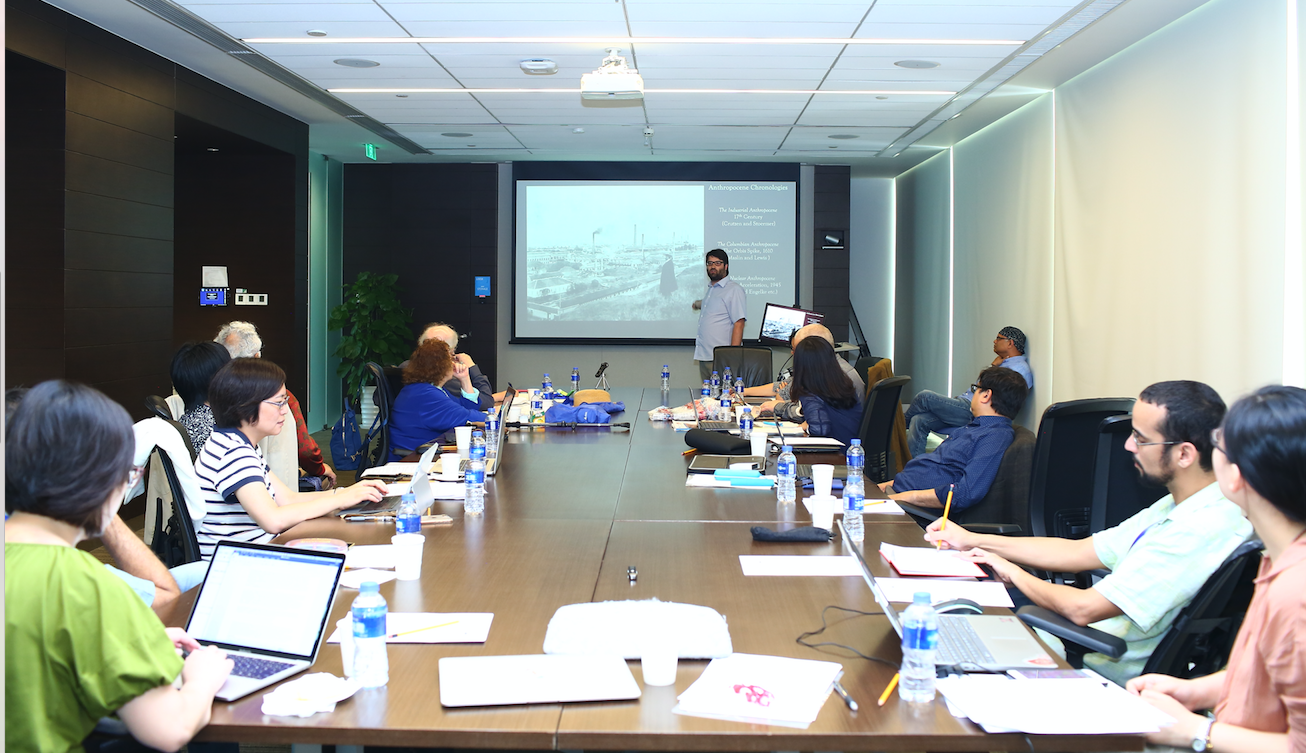 Christopher Courtney presenting his research at the GAI workshop