Science-Diplomacy and the COVID-19 Pandemic: Advancing Science Diplomacy in a Time of Crisis

Academic researchers and policymakers have long lamented the communication gap between their fields. All too often, policymakers lack sufficient subject knowledge to apply highly specialized scientific findings to solve pressing social concerns, while scientists have an institutional preference for research that necessitates lengthy and rigorous study.

Bridging this gap was the object of the conversation “Science-Diplomacy and the COVID-19 Pandemic” that took place via virtual webinar on Thursday, May 7, as the inaugural event of a series on Science Diplomacy – a framework that recognizes multiplicative benefits that occur when science and policy stakeholders converge to form partnerships around common challenges.

The event — part of Duke University Center for International and Global Studies’ (DUCIGS) Rethinking Diplomacy Program (RDP)— was organized by Christian Lara, a UN Diplomat and DUCIGS/RDP fellow, William Pan, a Duke Professor in Global Environmental Health, and Giovanni Zanalda, the Director of the DUCIGS/RDP.

Two Science Diplomacy experts, Dr. Marga Gual Soler and Dr. Mauricio Calderon-Ortiz, joined the webinar from Europe. Dr. Gual Soler is a molecular biologist who is currently an advisor to the EU Science Diplomacy Cluster and a scholar with The World Academy of Sciences. Dr. Calderon-Ortiz is a former official at the UN-WHO, responsible for coordinating the humanitarian health response to large scale emergencies in the Middle East, Latin America, and Africa. 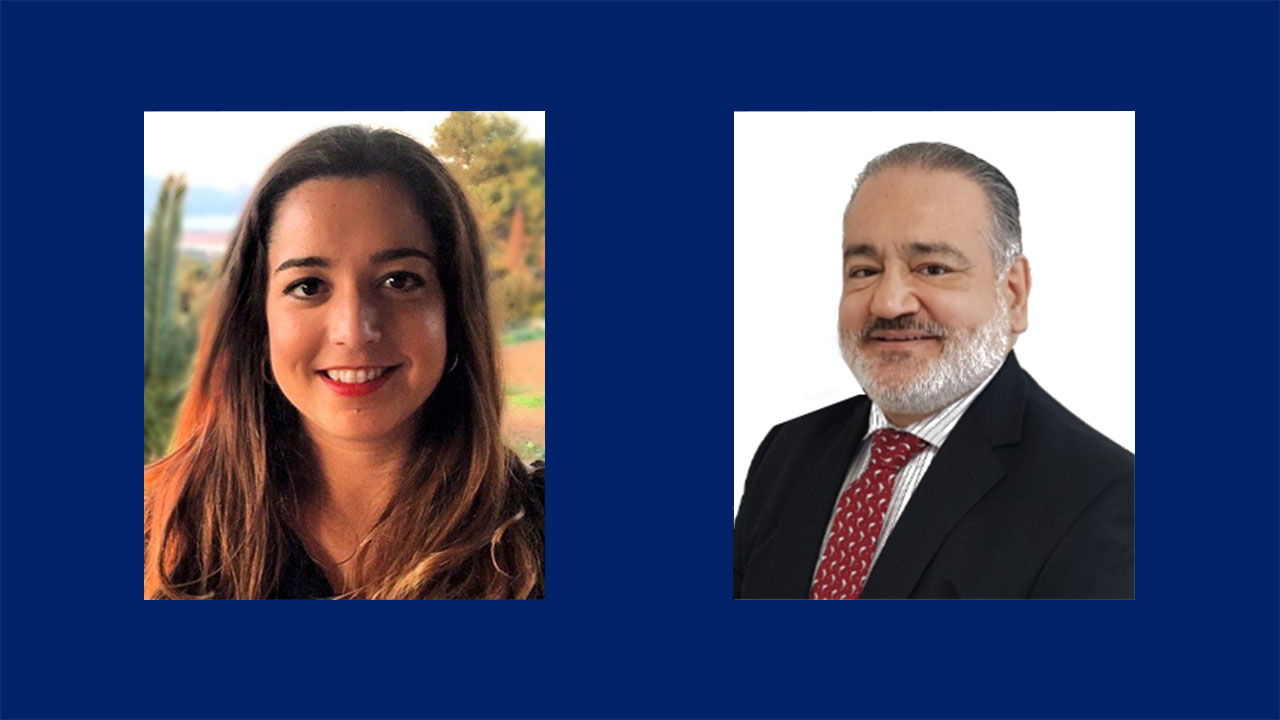 What is Science Diplomacy, Anyway?

Gual Soler reviewed the concept of science diplomacy, how it arose, and why it will be increasingly necessary at local, regional, national, and international levels. She noted that it is important to recognize the many actors, inputs, processes, and levels at which science diplomacy takes place today. As Gual Soler observed, there is an ongoing challenge to collaboration between science and policy-making experts and leaders within and between countries “because scientists and diplomats often come from different worlds.” She stressed that it is important to offer training in policy and diplomacy concepts and skills for scientists and ensure science, technology, innovation and health are part of the diplomatic toolkit, since “you cannot influence or impact something if you do not understand how it works.”

And echoing the raison d'être of DUCIGS’ Rethinking Diplomacy program, Gual Soler added that “It is not just representatives of governments. It’s really an ecosystem of state and nonstate actors and a suite of new challenges that are now making us rethink diplomacy.”

There are three primary elements to Science Diplomacy as it was formally conceptualized in 2010 by the American Association for the Advancement of Science (AAAS) and the Royal Society: diplomacy for science (facilitating cooperation, and sharing resources and infrastructure for large-scale, expensive research); science in diplomacy (informing the governance of international and transboundary spaces and global commons); and science for diplomacy (using science as a universal language to ease tensions and open channels for dialogue between nations).

Science Diplomacy as a concept has deeper roots connected to Joseph Nye’s seminal work on “soft power” as a means of influencing others’ behavior to achieve a desired outcome. While Nye focused primarily on the political arena, Gual Soler reflected on how science has historically been a means of keeping lines of communication open between countries and leaders even when formal diplomacy was politically impossible. A recent article in The New York Times on the role of scientific collaboration in the COVID-19 crisis, reiterated this point. As Gual Soler observed, “there is precedent for using science as a way to come back from conflict, political strain, or war. Science is one of the first things that can be agreed to be done together. It is less delicate or sensitive than human rights, for example.” Gual Soler experienced this directly,  as Senior Project Director at the AAAS Center for Science Diplomacy, where she helped re-establish cooperation between US and Cuban scientists after the diplomatic normalization in 2015.

Full video of Science-Diplomacy 101 and the COVID-19 Pandemic.

What does Science Diplomacy Mean for the World?

Stepping back into a broader perspective, Calderon-Ortiz reminded the attendees that the Global Health Security Agenda (GHSA), launched in 2014, is a growing partnership which now has more than 75 nations, international organisations, and non-governmental stakeholders around the globe. Its mission is to strengthen national and international capacity to prevent, detect, and respond to international health threats, while elevating global health security as a national and global priority. It facilitates collaborative capacity-building efforts to support countries accelerate the development and maintenance of the core capacities required under relevant global health security frameworks, such as the International Health Regulations (IHR) and the OIE  Performance of Veterinary Services Pathway.

He further conceptualized global health as a global common (public) good, specifically as it concerns human health, healthy wild and domestic fauna and flora, as well as a natural environment and transboundary resources that enable health and wellbeing. Recently, he noted, other institutions have begun paying attention to this framework as well. The World Bank declared pandemic preparedness to be a global public good in order to create financial instruments that can address challenges to this particular level of security. In Calderon-Ortiz’ view, the “COVID-19 pandemic represents a game-changing challenge for global peace and security. (Or, as Dr. Marga Gual Soler wrote in a recent article for the World Economic Forum: “Science Diplomacy, meaning international diplomacy with science at its core, is key to overcoming COVID-19.”)

Calderon-Ortiz noted that there is a positive way forward. On March 26, the European Commission launched a roadmap toward lifting COVID-19 containment measures – an excellent example of science informing diplomacy for the common good. Times of great upheaval are always times that open the door to radical change, and the COVID-19 Pandemic—Calderon-Ortiz added—is a once-in-a-generation chance to remake society and build a better future; an opportunity for harmonization with the current global development agenda, framed by Decade for Action towards the Sustainable Development Goals (SDGs). The COVID-19 pandemic, he concluded, has “thrown a wrench into the broader process” of achieving the UN SDGs.

A lively question and answer session followed the main presentations. The first question was about policy recommendations based on preliminary findings that have not yet been subject to peer-review process resulting in growing public mistrust in scientific expertise. As this is indeed a concern, Gual Soler reminded the audience that “the scientific community needs to understand that it needs to talk at least two languages: the one we have been used to up to now, but also one for interested parties (press, politicians, other sectors of society) that have a stake in the outcome of research.” To a certain extent, she noted, scientists are communicating directly with the public and policymakers like never before, so they need to understand how messages of uncertainty, for example, will be perceived when presenting findings to the outside world.

Regarding overcoming limits to both science and diplomacy, it is important to recall that both disciplines are changing. Gual Soler observed that there is tension between traditional and new diplomacies. There is resistance within governments to open up to different actors and inputs – foreign ministries in many countries do not have mechanisms to allow scientists to interact with diplomats and learn how these different worlds work, or provide opportunities to work together. Calderon-Ortiz added that, to those who live in countries with no strong scientific advisory resources, there is also a question of who diplomats and policymakers should listen to. “From both the science and diplomatic worlds, there needs to be more sharing – we should shift from global health security to global health sharing. We need to make reliable sources of information and intelligence available to everyone with the responsibility to generate policy or make a diplomatic or commercial agreement.”

For the final question about the key challenges of Science Diplomacy in this pandemic and how we can work around it, Gual Soler emphasized the fact that many countries with robust science advisory systems did not necessarily take that advice. “We used to think that having those structures in place meant you were set. Now,” she said, “we are realizing that leaders are not necessarily going to listen to them,” leaving a question of what to do if those systems fail or go unheeded. Calderon-Ortiz agreed, saying the challenge is transparency both in terms of peer-reviewed evidence and also actual information and intelligence within countries and outward for the global response. However, he pointed out, if we truly work on transparency, we can survive the pandemic as a global community.

As the event concluded, Pan remarked that the biggest concern for Science Diplomacy is the exceptionalism movement by governments – as we tackle global challenges, the “go it alone” approach becomes problematic and a litmus test for how we might move into the future. Nevertheless, Pan remains optimistic that scientists and diplomats can become better communicators.

Lara also noted that one issue not raised in this first forum is the effect of epidemiological decisions on human rights. He anticipates this discussion will move to a more prominent space among multilateral actors as well as local NGOs.

Zanalda reflected that, although not all questions and planned topics could be addressed in this webinar, the diplomatic tensions between some countries and the World Health Organization (WHO) (among others) or the issue of exceptionalism will be raised in future RDP/Science Diplomacy series events.

The Rethinking Diplomacy Program (RDP) is a new research initiative at the Duke University Center for International & Global Studies. RDP tries to bridge the gap between science and diplomacy, by providing a framework to practitioners from both spheres of expertise to collaboratively address global challenges and effectively implement solutions.