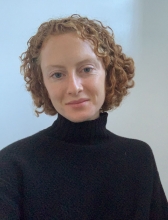 Sophia Goodfriend's ethnographic research examines the ethics and impact of emerging surveillance technologies in Israel.  Goodfriend's research takes place among high-tech workers, policy-makers, and entrepreneurs driving the development and implementation of surveillance in the region as well digital rights advocates and communities contesting the effects of high-tech surveillance, particularly biometric monitoring. By moving between diverse communities, Goodfriend highlights the promises and uncertainties of new surveillance regimes.

The Fulbright-Hays will allow Sophia to conduct 12 months of ethnographic research in both Tel Aviv and Jerusalem. During this time, she will be affiliated as a visiting scholar at Tel Aviv University, sharing her findings with academics, civil society organizations, and policy-makers. 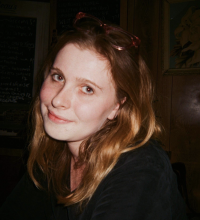 Jacqueline Mercier Allain is a James B. Duke fellow and a founding member of Duke's Working Group in Slavery, War, and Gender. Her research interests lies in the Anglophone and Francophone Caribbean, with a particular emphasis on women and gender both during slavery and in the post-emancipation era. Her dissertation, “Birthing Imperial Citizens: Natal Politics in Martinique, 1830-1900” explores the intersections of motherhood, (re)production, and citizenship in nineteenth-century Martinique. Her project is structured around four questions:

i. How did France's successive policies in the area of birth and early childhood education reverberate in the colonial world?
ii. Did the behavior of female ex-slaves or descendants of slaves with regard to births and parenthood change with the emancipation of 1848?
iii. What role does motherhood play in registering women as colonial subjects?
iv. How does this relationship between maternity and citizenship inform the permanence of inequalities in the postcolonial world?

The Fulbright-Hays DDRA fellowship will allow Allain to spend 6 months in France consulting several major archives such as Nationales d’Outre-Mer (ANOM), located in Aix-en-Provence, the Archives Départementales de laMartinique (ADM) in Fort-de-France, Martinique, and the Biblioteque Nationale (BN), Bibliothèque de l’Arsenal (BA), and Archives Nationales (AN) in Paris. She will also use this opportunity to connect with local academics, archivists and scholars to further her research. 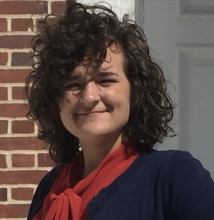 Gasparowicz’s research explores how and why various Mexican Catholicisms formed in response to the newly invented birth control pill in the second half of the 20th century. Instead of privileging the institutional Church and prescriptive texts, Gasparowicz focuses on how Mexican Catholics lived their faith in their bedrooms. Through the lens of “lived religion,” Gasparowicz analyzes the papers of alternatively minded clergy and bishops, laypeople, and the media they consumed and produced. By focusing on when Mexican Catholic ideas and acts about the pill and sex were in flux, Gasparowicz’s research reveals the dynamic and contested nature of Catholicisms in Mexico. 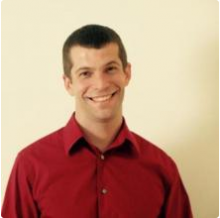 How did indigenous and subaltern peoples experience the Enlightenment in Mexico? What does it mean to have been a devout Catholic parishioner or a believer in popular magic?

With the support of the Fulbright-Hays DDRA fellowship, Anderson Hagler will delve into several archival collections throughout Mexico to answer these questions. Hagler’s project looks into how mixed-race commoners’ and indigenous vassals’ interpretations of religion, magic and humanity challenged sovereignty in the supposedly rational Enlightenment era. By analyzing Nahuatl-language documents and Nahuatl terms in Spanish-language records, Hagler will attempt to decolonize certain aspects of Inquisition and criminal records in order to gain a more profound understanding of non-orthodox beliefs in colonial New Spain.

Hagler will examine charges of heresy and idolatry to see how popular practices and beliefs shaped and contested enlightened Spanish officials’ understanding of humanity. For instance, the Mesoamerican belief in the nahual, or shapeshifter, was an indigenous concept that held cosmological import long before Europeans invaded the Americas. Shamans endowed with this ability gained status within their community since they held the power to recalibrate the spiritual world. After the Spanish conquest of Mexico, the Church viewed shamans as competition for the conversion of souls. However indirectly, shamans and the ability to transform into animals challenged orthodox methods of supernatural intervention. Studying the tensions between shamans and their clerical counterparts will help Hagler to understand how the concept of orthodoxy related to the so-called natural world in the seventeenth and eighteenth centuries. 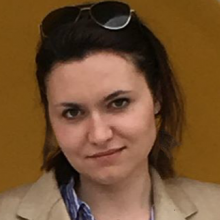 Elsa is an intellectual historian concentrating on Spain and its possessions in the Renaissance and Enlightenment. Her dissertation, a study of the Spanish Empire during the Enlightenment, explores how political economy emerged from moral philosophy during the transition from Habsburg to Bourbon rule. Originally from Chicago, Elsa has a BA in Latin American Studies from Bennington College and an MA in Ibero-American history from Duke. Her other interests include twentieth-century French, German and Brazilian philosophy, medieval theories of pedagogy, and women's writing in contemporary Latin America. She has published or presented papers on all these topics. Her dissertation research takes her to Madrid and to Mexico City, where she will read the political theories of monks, priests, scientists, lawyers, royal advisors, dilettante scholars, aristocratic women, and others. Far from the medieval notion it is sometimes assumed to be, the divine right of kings belongs to the Renaissance and early Enlightenment. Elsa expects to watch it emerge in these texts. While in Madrid, she hopes to catch at least a few concerts by her favorite Spanish musician, Sr. Chinarro. 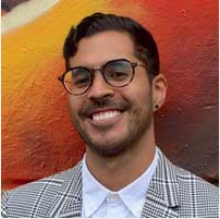 Issues of sex and sexuality have had an uneasy, if not antagonistic, relationship with the revolutionary politics of the Mexican Communist Party and the other left-wing organizations since their foundation. Franco’s dissertation project historicizes this enduring divide by examining scandalous explosions of homophobia, heterosexism and hostility towards sexual politics among political parties and movements of the Mexican Left throughout the 20th century. This research aims to understand better why sexual politics wax and wane as areas of concern for the Mexican Left and how these parties came to build strategic alliances with sexual rights activists through a policy of tolerance.

During his year with the Fulbright-Hays fellowship, Franco will conduct archival research in Mexico and Amsterdam at the Centro de Estudios del Movimiento Obrero y Socialista, the International Institute of Social History, the Archivo General de la Nación, and other archives around Mexico. He will also be conducting oral history interviews with former militants of Mexico’s leftist parties, as well as with LGBT and women’s organizations. 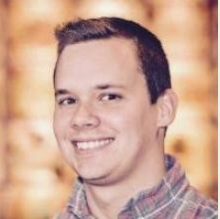 Kidd’s field research takes him to Recife, Pernambuco, a port city of 1.6 million inhabitants and Brazil’s ninth largest metropolitan region. The Fulbright-Hays DDRA fellowship is supporting his study of how a diverse array of historical actors and their corresponding political and aesthetic projects converged through so-called “popular” culture from the late 1950s to the mid-1980s.

Drawing on literary, visual and dramatic works, Kidd is currently studying how Recife’s lettered and popular classes have diverged over spaces and methods used to embody “authentic” cultural practices. He is also growing his network of local folklorists, Afro-Brazilian religious leaders, community activists, and politicians.

Kidd’s fieldwork so far has revealed that the cultural and political ferment most often associated with Recife between 1950 and 1990 actually occurred statewide. The interior of the state has been a fundamental, if less commonly recognized, player in statewide debates about culture and politics. Moreover, cultural objects and practices most often associated with the interior have come to define how Pernambucans see themselves in relation to the rest of Brazil. Kidd’s project has therefore evolved into a richer, more ambitious study of Pernambuco as a whole. His larger project examines how “authentic” popular culture has grown out of a polysemic dialogue between coast and interior in the “Lion of the North”. 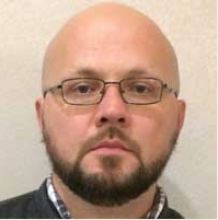 Nealy is an historian of modern Europe focusing on the history of Russia. His dissertation project considers the history of industrial relations in the Soviet Union in the context of the Communist Party’s efforts to reform the Soviet socioeconomic order during the late 20th century.

The Fulbright-Hays DDRA fellowship will allow Nealy to spend nine months in archives and libraries in Moscow and Tula beginning in March 2018, to conduct a critical part of his dissertation research. There he will focus on the records of Soviet trade unions, the Communist Party, and key industrial ministries to trace how changes in the Soviet Union were reflected in the world of work. 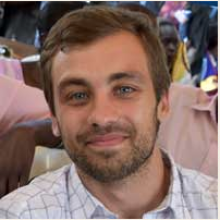 Sebastian’s project investigates how Ugandan youth navigate the limits and possibilities of post-conflict life and the interventions designed to help them do so.

In northern Uganda, where protracted conflict has been present throughout young peoples’ lives, governmental and non-governmental actors have made youth the primary aim of their interventions. Sebastian studies the afterlives of both war and humanitarianism in a context where the idiom of emergency no longer applies despite the deep carry-over of programs, institutions and discourses of intervention, and where the economies that sustained the war have been transformed and domesticated into spaces such as the NGO compound, the walled private home, and privatized pieces of land.

The Fulbright-Hays DDRA fellowship will fund twelve of the sixteen months of fieldwork that Sebastian will conduct during his dissertation research. His project examines the durability of humanitarian intervention in the everyday lives of young people across three key sites: securitized spaces (e.g., NGO compounds, private homes and land plots), where young men and women work as armed guards; a local nongovernmental organization that works to reintegrate incarcerated youth; and a local governmental initiative focused on combating youth idleness.

Contact Amanda Frederick (amanda.frederick@duke.edu) at the Duke University Center for International & Global Studies to be included in a listserve for potential applicants. This will enable you to be notified as soon as the next application period opens. In addition, you will receive an application tip sheet to help you prepare your application. She can also assist with addressing any questions or technical glitches that might come up.