The Rethinking Diplomacy Analysis & Opinions column features analyses, policy briefs, and commentaries on the future of diplomacy in relation to science, technology, environment, health, space, energy, infrastructure, debt, trade, supply chains, and other disciplines/areas/topics of interest to the program.

‘Anticipatory Diplomacy’ Would Help Us to Better Deal with Crises

American diplomacy now must cope with a number of major issues. Read DUCIGS' Rethinking Diplomacy fellow, Ambassador (ret.) Robert Pearson's recent article on The Hill about how using an updated model for diplomacy — anticipatory diplomacy — would make it possible to confront global crises before they burst upon us.

Turkey Back at the Barricades

In a NATO meeting in Brussels, Turkey has blocked a consensus on moving forward with potential NATO membership of Finland and Sweden. Ambassador (ret.) Robert Pearson (DUCIGS' Rethinking Diplomacy fellow) shares how the spring in Turkey's diplomacy may now be reverting to winter.

NATO Must Decide European Security beyond the Ukraine War

Ambassador (ret.) Robert Pearson (DUCIGS' Rethinking Diplomacy fellow and Space Diplomacy Lab member) writes on The Hill that "NATO now must do more than focus on how it is helping the Ukrainians and defending every inch of NATO territory." (...) Not to do so invites further Russian efforts to intimidate and threaten all the NATO frontline states plus Moldova." Read the op-ed.

Applications for refugee status in Mexico skyrocketed over the past decade, with a growing number of Haitians seeking protection in Mexico. In this brief, Duke Visiting Research Scholar Piotr Plewa explains the history of this trend and the migration policies put in place by Mexican authorities.

In an interview, Duke University Senior Advisor to the President for China Affairs, Denis Simon, explains why engagement with China is strategic for the US and why it is in the US interest to maintain a research ecosystem open to foreign students.

Gary Gereffi at the US Senate hearing

Duke's Gary Gereffi testified before the U.S. Congress on "Implementing Supply Chain Resiliency." In this interview, he expands on the topics of his hearing and explains how the value-chain framework can enhance U.S. competitiveness, promote a sustainable economy and a large number of good-quality jobs.

Increasing Resilience of Medical Supply Chains During the COVID-19 Pandemic

The Crisis in Space

DUCIGS/Rethinking Diplomacy fellows W. Robert Pearson and Benjamin Schmitt write in Foreign Policy that the uncontrolled reentry of a Chinese rocket earlier last May shows the need for an update of space diplomacy. Now is the time for building out international norms around space activities. (Photo credit in original publication: Bill Ingalls/NASA via Getty Images.)

Bridge the Gap Between U.S. Science and Diplomacy

This report authored by our Rethinking Diplomacy/National Science Network team expands on the concepts expressed in the recent letter to Science Magazine and outlines five concrete steps to bring science into U.S. diplomacy. 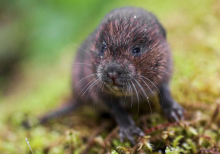 Integrate US Science and Diplomacy

In a letter to Science Magazine, the Rethinking Diplomacy team and our partners at the National Science Policy Network invite the Biden-Harris administration to create a new position of Undersecretary for Scientific Affairs within the State Department.

Duke’s Patrick Duddy and Michael Schoenfeld write on Cnn.com that rebuilding international trust in the United States requires “a vigorous and creative campaign of soft power,” including the need to boost US's public diplomacy apparatus.

As U.S. influence on Latin America Wanes, the SOA Summit Is a Chance to Reset

The 9th Summit of the Americas (SOA), “will be the Biden administration’s first opportunity to reset U.S. relations with the Latin America,” writes Rethinking Diplomacy's Patrick Duddy in an op-ed for The Hill. “These days,’ he adds, “China has become nearly as important to Latin America’s economies as the U.S.”

The recent peace deals between Israel, UAE and Bahrain stopped short of addressing the damage inflicted on a crucial area of cooperation in the Middle East—water management of the small Jordan basin. Rethinking Diplomacy affiliate Dr. Erika Weinthal co-wrote this op-ed for Foreign Policy (Photo credit in the original publication: Jalaa Marey/AFP via Getty Images)

What Diplomacy Can Do for You

This paper is based on Ambassador W. Robert Pearson’s inaugural lecture of the DUCIGS/Rethinking Diplomacy Program at Duke University. Here he explains how the combination of the disciplines of diplomacy and science plays an important role in facilitating the solution of complex issues.